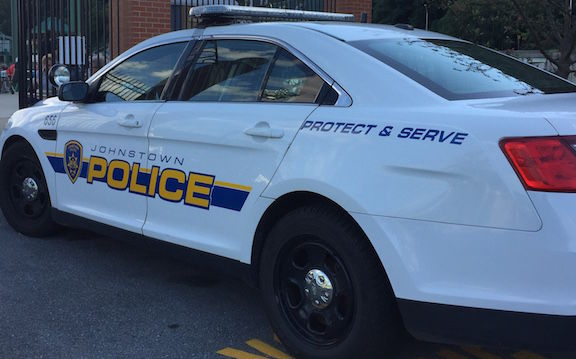 State police are investigating an alleged drug overdose of a Johnstown police officer who was on duty at the time, The Tribune-Democrat has learned.

“PSP is investigating an on-duty overdose of a JPD officer,” she said.

“They were called in at the request of JPD to ensure an independent investigation.

“That decision was supported by the DA,” Callihan said.

“I have been briefed by PSP and they need time to continue their investigation. They found him unconscious at the police department and rendered Narcan.”

Callihan declined to identify the specific drug that caused the officer’s overdose.

Authorities have not released the officer’s name.

It is one of the recent incidents in which Narcan – an opiate antidote – was used.

On Wednesay, a 20-year-old man overdosed on heroin in the parking lot of the Johnstown YMCA.

City police administered Narcan to the man, who soon awoke. He was taken to Conemaugh Memorial Medical Center in Johnstown.