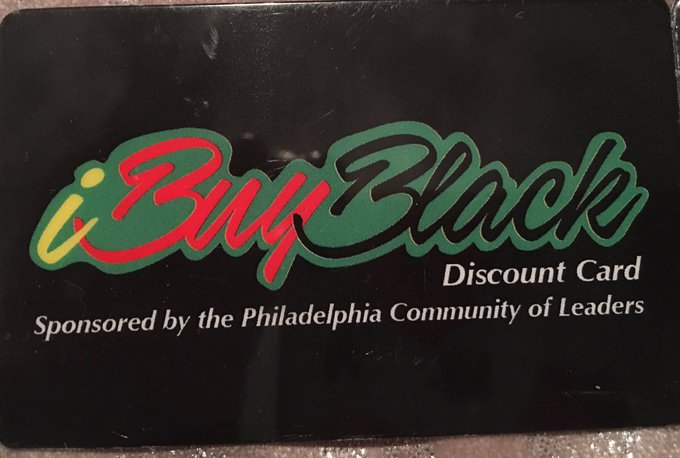 African-American business owners in Philadelphia gathered on Tuesday to launch a discount card to encourage the community to spend their money at local Black-owned businesses, the Philadelphia Inquirer reports.With an iBuyBlack card, which costs $10, shoppers receive discounts up to 15 percent at participating Black-owned businesses. About 80 companies currently participate in the program, which has the support of a wide coalition that includes local elected officials.

I am a PCOL member and we are proud to present to you the iBuyBlack discount card – I have one for you – inbox me for more details.

Earl Harvey, sales director of iBuyBlack.org, said the organization’s goal is to recruit 500 businesses and 10,000 cardholders by the end of this year. About 1,500 people have already signed up for the card, The Inquirer reported.

A primary goal of the effort is to build wealth in the community, former president and CEO of AmeriHealth Caritas Michael Rashid told the audience on Tuesday.

A broad coalition got behind development of the card, which costs $10 and offers discounts of up to 15 percent at local companies.

“Economists say the average dollar earned by Blacks stays in our community for just six hours. Compare that to the White community, in which dollars circulate for 17 days. That’s wealth-building,” he said, according to The Inquirer.

He continued: “If we spent 9 percent of our collective dollars with Black-owned businesses, we could employ every single man, woman, and child within the Black community. Unemployment could be wiped out.”
.