An essay on how the world’s first black republic is as close to Marvel’s fictional kingdom as we get.

As Marvel Studios prepares for the debut of Black Panther next February, the fandom of the Marvel Cinematic Universe has grown increasingly, where newfound fans are eager to dive into both the storyline and world of the Wakandan king and warrior.

Wakanda, an isolated kingdom in Africa, plays a large role in both the awe and mystery of the Black Panther franchise, which made its debut in 1977 as a project of the famous comic author and artist, Jack Kirby. Wakanda and its people are identified as a mysterious and very isolated culture. From the outside, Wakanda is a perfect blend of Africa’s diverse culture, yet is only a backdrop for a people so technologically advanced, they’d prefer isolation than to invite the rest of the world in.

Wakanda and its overall depiction can fit into the mold of a wide range of representations in itself, both historically and figuratively. It is the home to Marvel’s fictional metal, vibranium, a highly-sought and durable metal that is the base of the Wakandan science and the mythical Black Panther’s existence.

In vibranium, we see a sacred natural resource that clothes T’Challa in his warrior form. Vibranium may very well represent the ancestral token of history, legacy, and tradition that has its origin in the motherland that has spread so far across the globe, that it soon becomes the base of Captain America’s shield. While it is a base for a good theory, Black Panther coming to life on the big screen has already proven to be a guaranteed box office success, as well as a great start to cultural theories on what it would take for a real world Wakanda to come into existence.

Now more than ever, Black Panther is easily one of the most talked about characters in comic-to-movie adaptations. Among internet users, Wakanda is pointed as the reimagined Greenwood neighborhood in Tulsa, Oklahoma, commonly known as “Black Wall Street,” which was destroyed by a mob of white residents in 1921. Especially for millennials today, Black Wall Street stands as the widely popular example of that economically independent and resourceful Black community that is almost utopian in theory. If ever established again, such a city or town would be a modern-day, real life Wakanda.

But history may arguably point to Haiti as that example of successful establishment, and a history of fiercely rising to represent Blackness. Haiti accomplished the first and only successful slave revolt in the history of the world. Of all his great empires in Europe and the Mediterranean, Emperor Napoleon Bonaparte’s Army was defeated with precision by an island full of resilient slaves.

For Haitian culture and for the African Diaspora, this moment should be empowering, except Haiti, much like Wakanda, is isolated in its position in the West. Most notably, Haiti is constantly referred to as the “poorest country in the Western Hemisphere.” So, how would Haiti be the closest thing we’ve ever had to Wakanda?

Haiti achieving independence on January 1, 1804 sparked the beginning of a very rich history full of difficult choices many leaders, who might identify with T’Challa, had to make. Since Wakanda is depicted as a well-established kingdom, Haiti’s early leaders pioneered the symbols and representations at a time when they had not even existed yet. What form of government would they uptake in their early fledgling form as a country? Would they return to their regionally based kingdoms of their Taino ancestors, or would they establish a government form of their own?

The decision had to be made with the looming fear of the French military forces returning, which not only added pressure, but also gave reason to fight fire with fire. If the French runs an almighty empire, then Haiti, too, will be an empire. The First Empire of Haiti ran from 1804 to 1806 and it took a historical backseat to the also newly-formed United States, who were also nervous of the return of the British Army.

It’s highly important to note that the Haitian Empire under Emperor Jacques I (better known as Jean-Jacques Dessalines) established a uniformity in identity among those on the island. “Black” became the universal identifier for all Haiti’s citizens, regardless of color of skin. Further, white men were not permitted to own any property. Emperor Jacques I’s Haiti was, with all intents and purposes, unapologetically Afrocentric. This empire set to prepare rigid guidelines, ready for the possibility of France’s return to reimpose slavery, and so conducted itself in the best interests of its Black and Brown brothers and sisters. Unfortunately, just as we’ll see in Black Panther, Jacques’ authority was challenged, ending in his assassination by his advisors Henry Christophe and Alexander Petione.

Such challenges of leadership and authority is seen in plots across Hollywood’s most recognized metaphors for Black culture. In X-Men, Charles Xavier and Magneto; in Rise of the Planet of the Apes, we see Caesar and Koba, and in Black Panther we see T’Challa and Erik Killmonger. For Haiti, post-Dessalines, it is Christophe and Petione—successors who would establish two sides: the Kingdom of Haiti versus the Republic of Haiti. Both sides justified in their conflicts, yet tragically unable to see eye-to-eye, they referred often to governmental structures they had come to understand from Europe. Rather than inclusion, as we see with T’Challa and Killmonger, the split nation conflicted on what kind of government to establish. 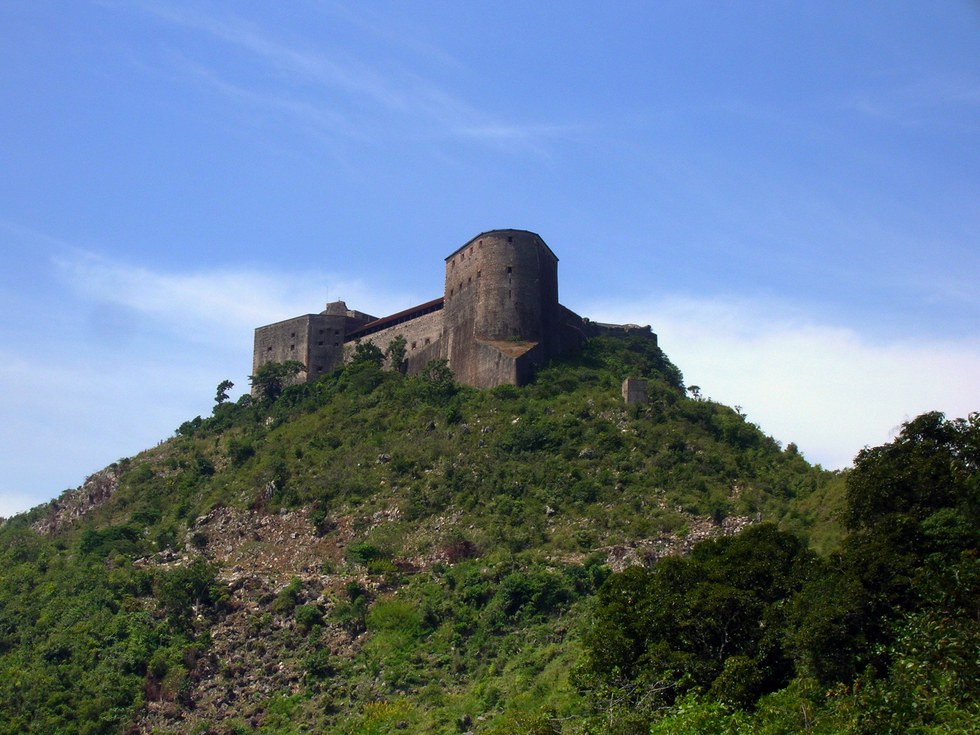 View of The Citadelle Laferrière, a castle built by King Henry Christophe in the Kingdom of Haiti, which now sits 3,000 ft above sea level overseeing the North. Photo by Remi Kaupp (2006) via Wikimedia Commons.

So, where is the utopia, then? Haiti was able to reunite and settle its internal conflicts for small periods of peace, but continued to be faced with challenges stemming specifically from isolation as the first and only. Haiti’s largest conflicts, however, came from within. A chronology of how to operate, leading to often bloody coups, revolts, and self-righteous decrees of who should operate. Every time history presented a T’Challa, there was an Erik Killmonger, or M’Baku (widely recognized as Man-Ape in the comics).

So, does Haiti parallel Wakanda? The answer remains yes.

Digging deeper into Wakanda, writer Ta-Nehisi Coates created a world void of slavery, imperialism, colonists, thus making it absolutely untouched. Wakanda does not depict a world isolated simply by geography, but by Eurocentricity in economics, tradition, ideology, and practice. Haiti and every black or brown country and culture did not have such a luxury in their early history, and many are only celebrating upward to 50 years of independence.

The Jack Kirby’s Black Panther and Wakanda of 1960s origin, however, was different. Instead, Black Panther was an international detective, looking to venture out and often times return artifacts to Wakanda, or help characters such as Mr. Little make sense of these items and their origins, as seen in Black Panther #16: King Solomon’s Frog (Jan. 1977). 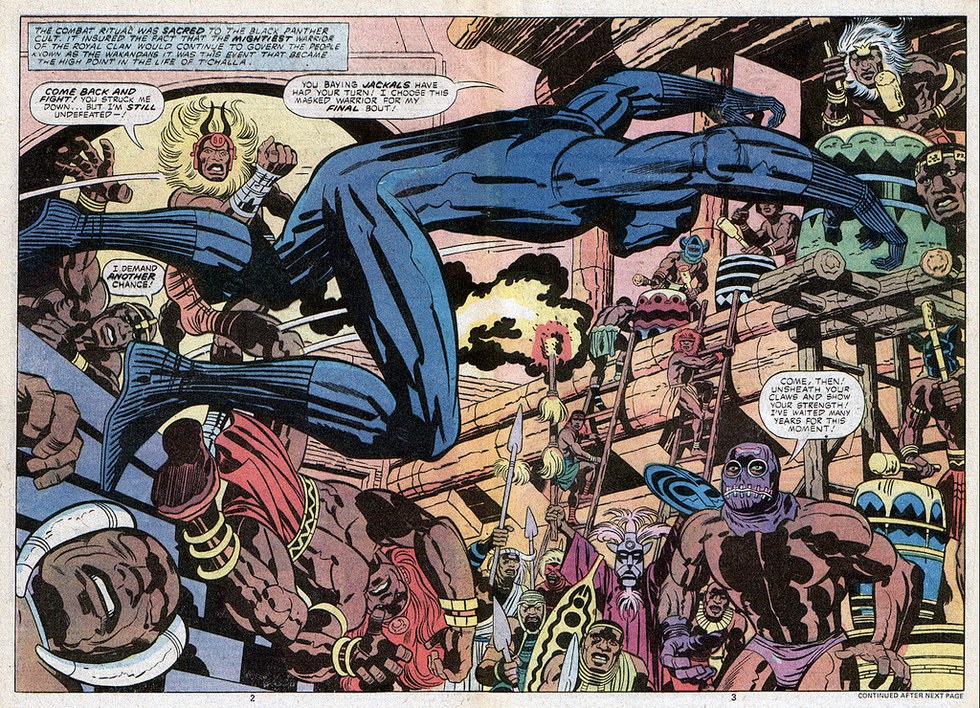 Haiti has been the example for many other countries across the globe to fight for independence. In fact, is has been documented that countries such as the United States, Britain, and Spain purposely kept news of Haiti’s revolt a secret, fearing that slaves in their colonies and lands would be inspired to revolt as well. In addition, Haiti remained the slave nation, a nation not worthy of commercial exchange or trade.

In George Washington’s Policy Towards the Haitian Revolution, it is noted that “the successful black uprising caused a crisis in the Washington Administration because extensive commerce…and the racial stability in the South.” While Haiti holds many historical superlatives, the one most widely repeated is its chronic poverty, and its place as the “poorest country in the Western Hemisphere.”

So, if Wakanda were real, where would it be placed in our history books? What superlative, among many, would be widely recognized and repeated?

Much like the isolation we learn of in Marvel’s kingdom, Haiti’s history has been isolated as well as shrouded by its misperceptions. When there is the unknown, iconic legend and lore arise; where there is resilience and faith, discussions of magic and myth; and lastly, where there is rich history, there is doubt that should a place can exist in our Western Eurocentric society.

Marvel does a very adequate job of depicting very real world, human conflicts in its movies. The Erik Killmonger school of thought, which is upset at T’Challa’s embracing of non-Black, White American outsiders would be a real world conflict in a country like Wakanda and even in Haiti. However, comparing Wakanda’s well-developed tribes, technology, and economy to Haiti’s is different. The future, however, looks much different. 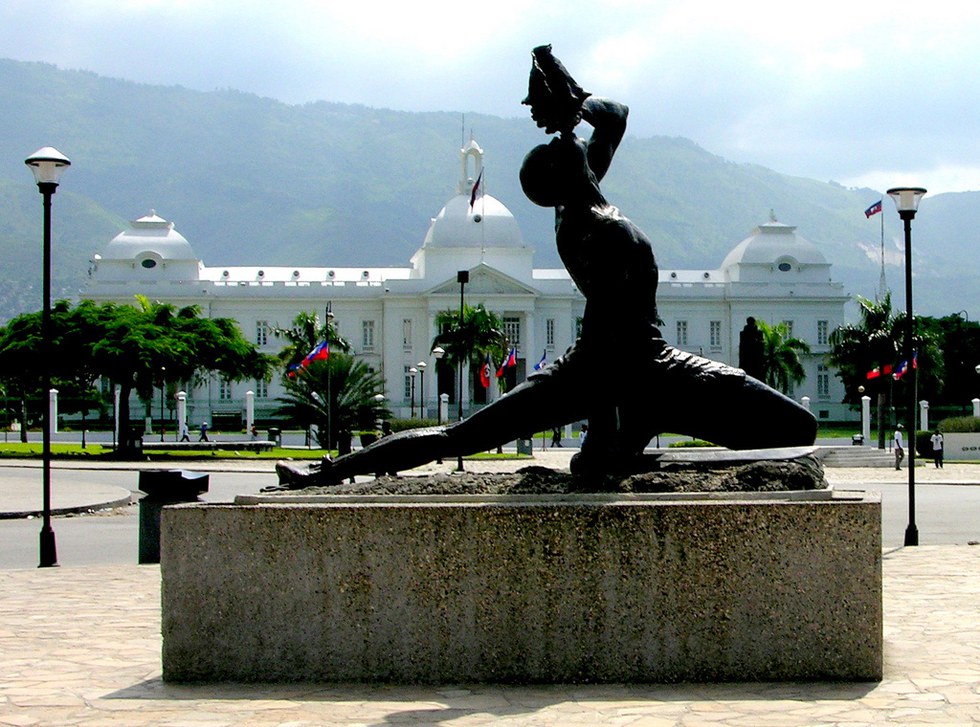 Haiti’s developments in its economy following the January 2010 earthquake are significant. Reforestation has been in progress, as well as the manufacturing of Surtab, tablets and electronics made and exported from Haiti to boost the economy. Lastly, Haiti has made large scale efforts to recenter its tourism industry.

When Black Panther premieres in February 2018, there will be an impact felt in nearly all Black communities across the world. Socially, the desire to establish and be a part of Wakanda will grow exponentially. Yet, it may be far too early to determine if the movie’s release and plot will have any political impacts. The film is directed by Ryan Coogler, with its superstar cast of Chadwick Boseman, Michael B. Jordan, Oscar-nominated heavy hitters Angela Bassett, Lupita Nyong’o, Forrest Whittaker, Sterling K. Brown, Andy Serkis (Planet of the Apes trilogy), and Martin Freeman. Of the entire cast, Serkis and Freeman are the only non-Black actors. Representation matters.

Alex “Mistah Marvel” Auguste is the owner of a Tampa-based entertainment company, GoodKnocking Entertainment Group, which specializes in both online and local entertainment projects. A second Generation Haitian-American from Miami, Florida, Auguste is a long-time Marvel Comics fan, and has used his internet radio programming and writing platforms for raising awareness of social and historical topics through informative entertainment. Keep up with Alex via his website, Facebook, Twitter and Instagram.