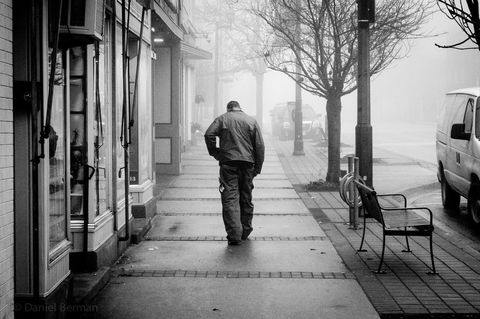 Great read….If I had not met my wife, I most def would have retired from dating, which I kind of did in a lot of ways….. divide and conquer is working…

I have known pissed off Black men all my life. The permanent scowl I saw them wear taught me much, but it wasn’t until young adulthood that I found out the plethora of reasons why they—no, WE—wore it. In a short period of time between the 1960s and 1970s, the following policies became ensconced in law, dramatically changing reality for Black males nationally.

These practices accomplished at least two things that impacted Black male/female relations: First, it created what would become a multi-generational sense of entitlement among many Black women who soon forgot that such allowances allowed them opportunities most Black men did not get (#BlackGirlMagic #BlackGirlsRock). This led to a sense that Black men were failures who could not “keep up” with Black women’s state-supported academic and employment accomplishments, buoyed by a new media industry that centered (and used) Black women while it simultaneously discredited Black men as stereotypical deadbeat dads, criminals, abusers, and rapists. In other words, this media entrenched the misandrist notion that Black women were fundamentally better than their men, a notion that soon became accepted-wisdom—even in the mainstream. Remember Ebony’s “Dear ‘Broke’ Men: Don’t Punish A Woman for Not Wanting to Date You?”

Secondly, it created the conditions that spawned an uncoordinated, silent protest among many Black men whose decision-making capacity in families was reduced and made subject to women’s fancies. Hence, alongside anti-Black male hyper-incarceration, the War on Drugs, intra-racial homicide, post de-industrial mass unemployment, and a diminished kindergarten-through-graduate-school education due to a female-administered (gynocentric) pedagogy, Black men found themselves prisoner to their own biology in ways women were newly liberated from in the 1960s. Even contemporarily, if a man has an unwanted impregnation, people suggest he should’ve “kept it in his pants,” while ignoring that women have 5 major birth control options in about 30 different forms (hormonal methods, barrier methods, intra-uterine devices, natural methods, and emergency contraception) that apply before, during, and after the sex act. (Isn’t this strangely reminiscent of when people told women they should’ve “kept their legs closed” before the pill?) Meanwhile, what do men have? Condoms, vasectomies, and abstinence. In 2018. Yes, you read that right.

Especially after the sexual revolution, (poor) Black men found themselves prisoners to families they may not have even wanted, only to be described by women as deadbeats if they chose to leave (especially by those they may not have wanted to become lifelong partners with). But how many have seen this for what it was? A silent protest. The new political climate demanded new relationship-strategies for a relatively poor population of men, as many of these policies were designed for wealth(ier) white men, not a population impoverished and blocked from wealth since slavery. Yet to many women, these practices were viewed as “juvenile” or “fearful of commitment,” but rarely as a response to a new social context that often proved devastating to Black men’s quality of life. Besides, how do you tell a child that you never wanted them in the first place, the mother knew this before sex, and although still expected to be a father against his will, he had other dreams? (Here, expectations that he “step up” hearken back to the era of men being coerced into marriages “shotgun” style.) Yet, as a grown man who has had women abort children I wanted while others threatened pregnancies I did not (meaning they wanted to have my baby whether I wanted one or not, damaging condoms, initiating sex while I slept, etc.), I cannot help but ask: how might this scenario have played out differently had there been a male birth control pill the same time women got such options?

Women were given sole-reproductive control over the production of family and men were removed from the decision-making process (remember “my body my choice?”). There was no financial abortion for men who did not want to be fathers. There was also no comparable birth control for men, thus leaving them vulnerable to both women and their own natural drive to copulate/inseminate, while liberating women from being subject to their biology and empowering her biological impulse to reproduce and nest—all while able to use the courts to garner male support, even when against his will!

Child support alone became a disastrous industry that bankrupted and incarcerated many poor Black men, punishing them for inter-generational poverty. For example, as Kirk E. Harris of The Guardian notes the story of James:

“Four years ago the state of Illinois suspended the driver’s license of James (not his real name) for failing to fully meet his child support obligations, which he was not earning enough to pay. Now, unable to drive to work, he lost his full-time welding job. He found a lower-paid job he could reach using Chicago’s patchy suburban public transport system, which makes commuting difficult for people in some of the city’s economically isolated and racially segregated communities.

Today, James’ wages are still insufficient to pay off his mounting arrears, so he remains barred from driving. Ironically, his lack of driving privileges makes it impossible for him to cast a net for a better-paying job that would allow him to meet these payments. That paradox illustrates the regressive, counterproductive policies I have encountered during two decades of working with low-income black fathers in Chicago. The vast majority of these men desperately want to be good fathers, but the system seems to punish them for even trying.”

These practices financially cripple Black men so severely that some risk their lives trying to escape it, as can be seen in the case of the slain Walter Scott. As Collier Meyerson observes in her article, “How Our Racist Child Support Laws Hurt Poor, Black Fathers the Most,”

“All noncustodial parents, the overwhelming majority of whom are men, are legally obligated to pay child support, but for those who are poor, it simply compounds their poverty. The racial wage gap shows that white men get paid an average of $21 dollars an hour while black men get paid an average of $15 an hour. Child support data isn’t collected by race, but given black men’s disadvantage in the workplace, it’s safe to presume they also disproportionately owe child support when they cannot afford it.

“Twenty percent of the people in this system shouldn’t be in there because they’re too poor,” says David J. Pate, an associate professor of social work at the University of Wisconsin, Milwaukee. “Those $10,000 or even $20,000 earners.” The government, according to Pate, is owed $115 billion in child support, but 70% of that money is owed by Americans who make less than $10,000 a year.”

The silent protest was not quite a movement in the manner we’re accustomed (think Women’s Lib), Black men’s movement was a “vote with their feet” to leave formal socially-approved forms of relationships. Even men not incarcerated, unemployed, or “deadbeats” found themselves outside of the family for reasons they could not always control. After all, 70% of divorces are initiated by women, and around 70% of Black children are born to unwed mothers. Black men were/are socially-expected to meet unrealistic standards they often could not keep up with while being made subject to a newly formed, state-sanctioned, female-based patriarchy (gynarchy) that allowed child-bearing wives carte-blanche powers to exact revenge-based financial ruin at will… Some women used other forms of state-sanctioned anger, keeping their children away from Black fathers while using family courts to secure resources. To be clear, I do not argue that this scenario was always the case, merely to say there were few checks in place to prevent such acts of revenge from keeping fathers and children apart when they occurred. And fathers getting custody over mothers is still a relatively unheard of endeavor. 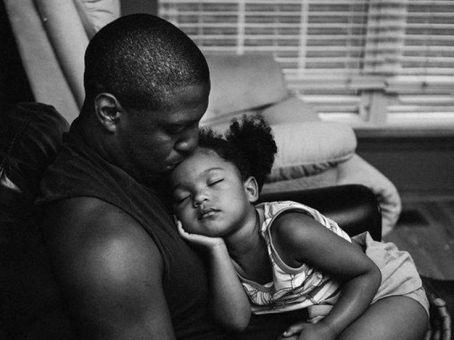 Yet despite such a shift in African Americanity, many men proved that Black men were the most progressive men as fathers, lovers, and husbands. In fact, it could be argued that such changes only enhanced Black men’s progressiveness regarding gender roles in relationships and families because Black men implicitly understood alienation and oppression. Furthermore, it could also be argued that since the 1970s, becoming a stepfather to the biological children of your partner became the very definition of being a “good Black man.”

As a child, this notion of “good man” was so ingrained in me that I could never imagine being married to a woman that did not already have children.

Nevertheless, journalist German Lopez states in his article, “Debunking the Most Pervasive Myth About Black Fatherhood,”

Still, whether Black men stayed with their families, left them, or became fathers to children that were not biologically theirs (a new familial norm after the 7 bullets above), each was responding to—and grappling with—conditions structurally created, forcing them to start from precarious contexts to to support Black family. But what is my main point? Simple. Black men are human. And the most attacked and underdeveloped group in America. Yet despite this they find ways to redemptively serve families despite being overlooked while doing so…and their protest was misframed as familial abandonment. But why assume that a population that was once the most married and is now the least, would be so, arbitrarily? No one even considered why they were doing what they did…or that they may have had a logical reason. Not the mothers, the children, or the society… No one even thought to ask. Antonio Moore might best describe the alternative if people do not start to listen to Black males…

Antonio Moore: “Let me be honest…I think eventually Black men are going to realize it and turn on everybody. Because what the system is built on is Black men not knowing that they live in a different life than everybody—including Black women.They’re living a life where they’re unemployed but expected to buy dates…they’re supposed to protect and provide like a man…they’re put in jail at rates we’ve never seen before. I was talking to an attorney they said that Black men should get together and claim refugee status with another country just to make a…political point that nobody cares.

…This chart came as a result of me realizing nobody had framed this thing according to gender. Which makes no sense (nobody…not [even] the DOJ), because once you frame it against gender then Black men realize [that] this is some horrible shit…and they might just like raise up on everybody. And when I say “raise up” I’m not talking about literally rioting in the street, I’m talking about like becoming real despondent. Become like really like “I’m not fucking with nothing…no marriage, no nothing, I’m out. Don’ nobody care, ain’t nobody trading nothing with me.” (Breaking Brown @ approximately 1hr 06min; https://www.youtube.com/watch?v=wxZWLnFRGFY)

via “Why Was Black Generation X Fatherless?: A Brief Statement On Why Many Black Men “Left” the Family In The 1970s” by T. Hasan Johnson, Ph.D. – Black Masculinism and New Black Masculinities