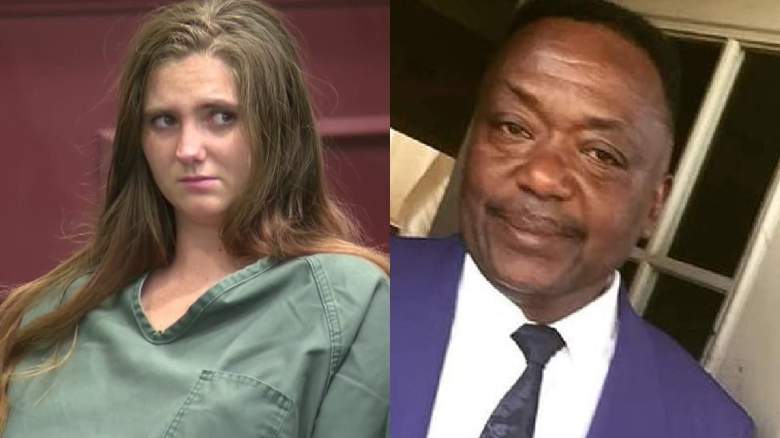 This should be a learning lesson.. we are at war whether we like it or not…

The Clayton County Police Department did not immediately confirm the race of Kenneth Herring, a 62-year-old who was reportedly involved in a hit-and-run collision before Hannah Payne shot him. However, the TopStyleToday website provided a photo it was said was of Herring, showing that he was a Black man.A woman who witnessed a hit and run car accident in Georgia this week before chasing the driver and ultimately shooting him dead was simply a Good Samaritan, her lawyer said in court on Wednesday. But police saw it differently and arrested Hannah Payne for the murder of Kenneth Herring in an apparent case of George Zimmerman-esque vigilantism.

The 21-year-old was the latest instance of a white woman apparently feeling empowered enough to try to take the law into her own hands and police someone without having any legal authority to do so. Only unlike the other times that included viral video, this instance was not recorded on film and ended with a fatality. The entire episode transpired within “seconds,” according to a local reporter.

Herring, 62, reportedly hit another vehicle with his car before driving away on Highway 85 in Clayton County on Tuesday. Payne, whose car was also allegedly hit in the collision that was reportedly minor in nature, apparently couldn’t allow herself to sit by idly and watch the crime being committed. So she gave chase, caught up with Herring and blocker his car with hers, WSB-TV reported.

There was an altercation between Payne and Herring before a bullet fired from her gun killed him, local police said.

“All we are at liberty to discuss at this point is during the struggle, the weapon was discharged,” Clayton County Police Maj. Anthony Thuman told the Atlanta Journal-Constitution.

Herring’s race was not being reported immediately and a request was sent to the Clayton County Police Department for the incident report. A spokesperson responded Thursday afternoon to say that a report is typically available three to five business days following an incident. He apologized for the inconvenience.

However, Herring’s estranged wife, who is Black, told WSB that she thought Payne murdered her husband. She wondered why Payne, who had called 911, got out of her vehicle to confront Herring before police arrived.

“If they told you to stay in the car, why would you get out? That means you weren’t in no danger if you got out of your car to go to his car,” Christine Herring said to WSB-TV. “I think she needs to go to jail because she committed murder. You need to go to jail.”

Payne’s lawyer said his client was simply trying to do the right thing.

“It just seems like an unfortunate situation of a good Samaritan trying to stop a person on a hit-and-run,” Matt Tucker said.

A witness described Payne to WSB-TV as the aggressor who immediately claimed after Herring was shot that he was the one who pulled the trigger.

While the situation was reminiscent of last year’s spate of white women trying to police Black people, it also bore similarities to the killing of Trayvon Martin in 2012. In that instance, neighborhood watch volunteer George Zimmerman shot and killed the innocent and unarmed Black teen. That was even after 911 operators told Zimmerman, an adult, not to approach the teen.

Payne was charged with murder and was being held in the Clayton County Jail without bond.