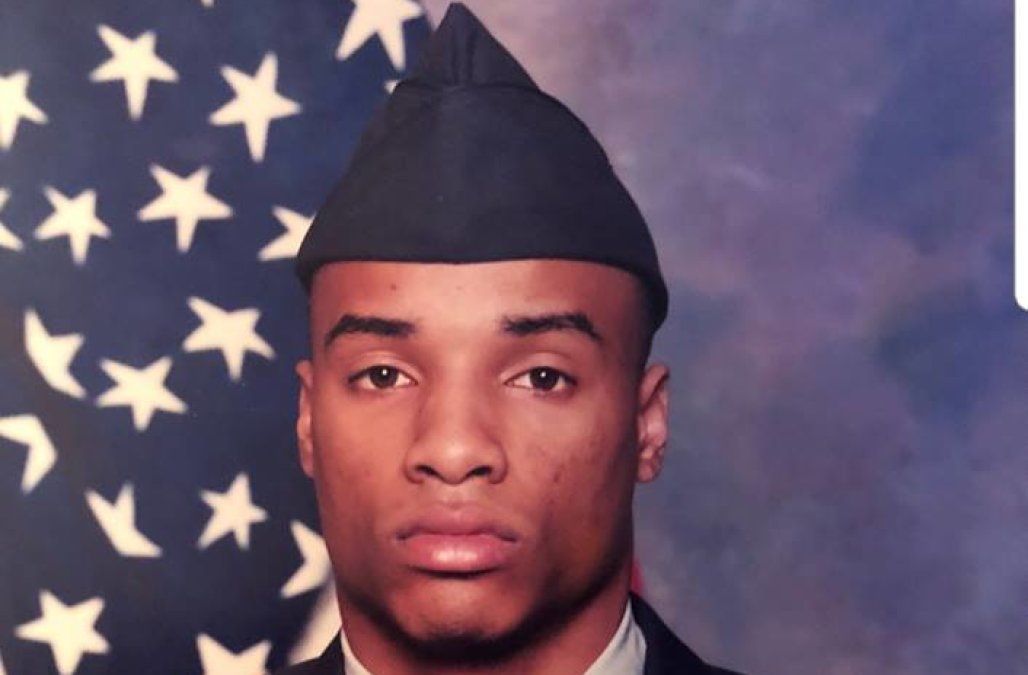 An Army veteran’s family is still searching for answers more than a year after he mysteriously died in a Pennsylvania jail and his body turned up with no throat, heart and brain, NY1 reports.

Rose and Dwayne Palmer spoke to the news station last week, in an effort to come to terms with their son and brother’s death.

“We want answers,” Dwayne said. “We want to understand what happened.”

On April 7, 2018, Everett Palmer Jr., a former Army paratrooper, went to Pennsylvania to resolve an outstanding warrant for a DUI charge. Two days later, his family learned that he had been arrested and later died at the York County Jail. At the time of his death, Everett was the father of two boys and working as a personal trainer in Delaware.

“My son was not a troublemaker, not at all, he was a very gentle, kind man,” Rose said. “So, it’s nothing that he did in that prison that would warrant his death. He even looked maybe intimidating to some people, but he wasn’t, he was the sweetest young man.”

The county coroner reportedly told Everett’s family that he “became agitated and began hitting his head against his cell door,” but Rose said she doesn’t believe that explanation.

“My son was a perfectly healthy young man and my son is not going to bang his head on a cell,” she said.

The veteran’s death was later determined to be a result of “complications following an excited state, associated with methamphetamine toxicity, during physical restraint.” The family has since disputed that finding, claiming that the coroner’s statement misleadingly suggests that Everett must have taken drugs while in jail.

According to NY1, when Everett’s body was finally returned to his family, they noticed something unusual — it was bruised and missing his brain, heart and throat.

“When we reached out to find out what happened to his organs, they initially lied,” Dwayne said. “They directed us back to our funeral director and told us that we need to confer with them because they probably took the organs.”

The coroner, however, disputed Dwayne’s version of the event in a statement last Friday.

“From the beginning of this investigation, appropriate chain of custody was maintained of the remains of Everett Palmer, Jr.” the statement read. “At no time were the remains ‘ missing’; at no time did we direct the family to the funeral home for ‘missing’ organs, and we did advise the family though their attorney at the time that the organs reference, the heart, brain and throat, had been retained by FPA (Forensic Pathology Associates) for further investigation.”

Custody of the organs aside, Marlon Kirton, one of the family’s attorneys, told NY1 that the throat is not usually removed for autopsies and suggested that foul play might be at work.

“Makes no sense, unless you’re trying to maybe avoid people knowing how [Everett] died, which was maybe by asphyxiation,” Kirton said.

A pathologist hired by the Palmer family purportedly concluded that Everett’s death should have been labeled homicide. Since then, the family has taken steps to preserve their right to sue.

“At this time, we are respecting the criminal investigative process in hopes that the Palmer family’s questions will be answered and those accountable will be brought to justice,” the family’s Pennsylvania-based attorneys John Coyle and Daniel Purtell said in a statement to NY1. “That said, given the extended amount of time that has passed, the Palmer family grows increasingly eager to find answers. We remain prepared to pursue this matter through all available legal channels.”

via Body of Army veteran who died in jail turns up with no throat, heart and brain