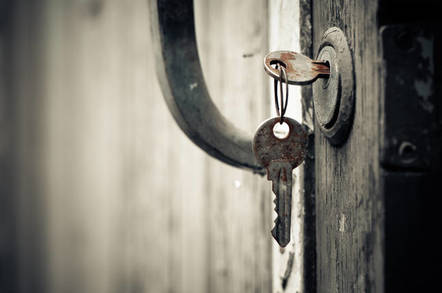 None of them are to be trusted but especially the gubment…

The US government is renewing its efforts to talk tech firms out of using end-to-end encryption methods that would keep police from snooping on conversations.

The Department of Justice on Friday held what it dubbed the “Lawful Access Summit,” a morning-long presentation aimed at convincing people that police must be able to see all conversations on messaging platforms in order to protect the public, specifically children, from predators.

“Outside the digital world, none of us would accept the proposition that grown-ups should be permitted to mingle in closed rooms with children they don’t know in order to groom them for sexual exploitation,” offered US deputy attorney general Jeffrey Rosen.

“Neither would we ever accept the idea that a person should be allowed to keep a hoard of child sexual abuse material from the scrutiny of the justice system when all of society’s traditional procedures for protecting the person’s privacy, like the Fourth Amendment’s warrant requirement, have been satisfied. But in the digital world, that is increasingly the situation in which we find ourselves.”

In particular, the DOJ has zeroed in on Facebook. The social network recently announced its intention to make all of its chat services, not just WhatsApp, end-to-end encrypted platforms that will place keys in the hands of the users themselves.

“We must find a way to balance the need to secure data with public safety and the need for law enforcement to access the information they need to safeguard the public, investigate crimes, and prevent future criminal activity,” the DOJ says to the social network.

“Not doing so hinders our law enforcement agencies’ ability to stop criminals and abusers in their tracks.”

Rather than demand the backdoor ability to decrypt communications on demand, the DOJ is suggesting tech firms instead offer a “front door” to let police present a warrant and receive copies of the conversations they wish to view. Unfortunately, the authorities don’t seem to have any idea what that “front door” would actually look like in the context of an end-to-end encrypted service.

While Facebook did not respond to a request for comment, this discrepancy was noted by critics of the plan, including Senator “Silicon” Ron Wyden, who point out that, in essence, the DOJ is still asking for a backdoor to get at encrypted communications. He warned that those backdoors are likely to be abused, either by unscrupulous law enforcement officers or by hackers who steal the encryption keys and use them for their own ends.

“Nearly every aspect of our lives depends on the defense of strong encryption – our home devices, location tracking, microphones and cameras on our phones, bank accounts, and on and on. If companies succumb to this pressure campaign, then child predators, domestic abusers and internet crooks will have a red carpet to do harm to innocent people,” said Wyden.

“It is no surprise that William Barr, with his long record of calling for government surveillance of innocent Americans, is pushing another bad-faith effort to vastly expand surveillance without addressing the real problems facing our people.”

Wyden also points out that the DOJ’s push can only extend to companies located in the US, which are just a small fraction of those currently offering end-to-end encrypted services.

“American providers of end-to-end encrypted apps like WhatsApp regularly share valuable metadata with law enforcement. This enables the police to locate criminals and identify those they are talking to. In contrast, foreign encrypted messaging services like Telegram will not share any data with the US government,” Wyden offers.

“Mr. Barr’s proposal to have tech companies tap the phones of innocent Americans will do nothing but drive criminals to use foreign encryption services, where they will be even harder for the police to catch.”

via Here we go again: US govt tells Facebook to kill end-to-end encryption for the sake of the children • The Register