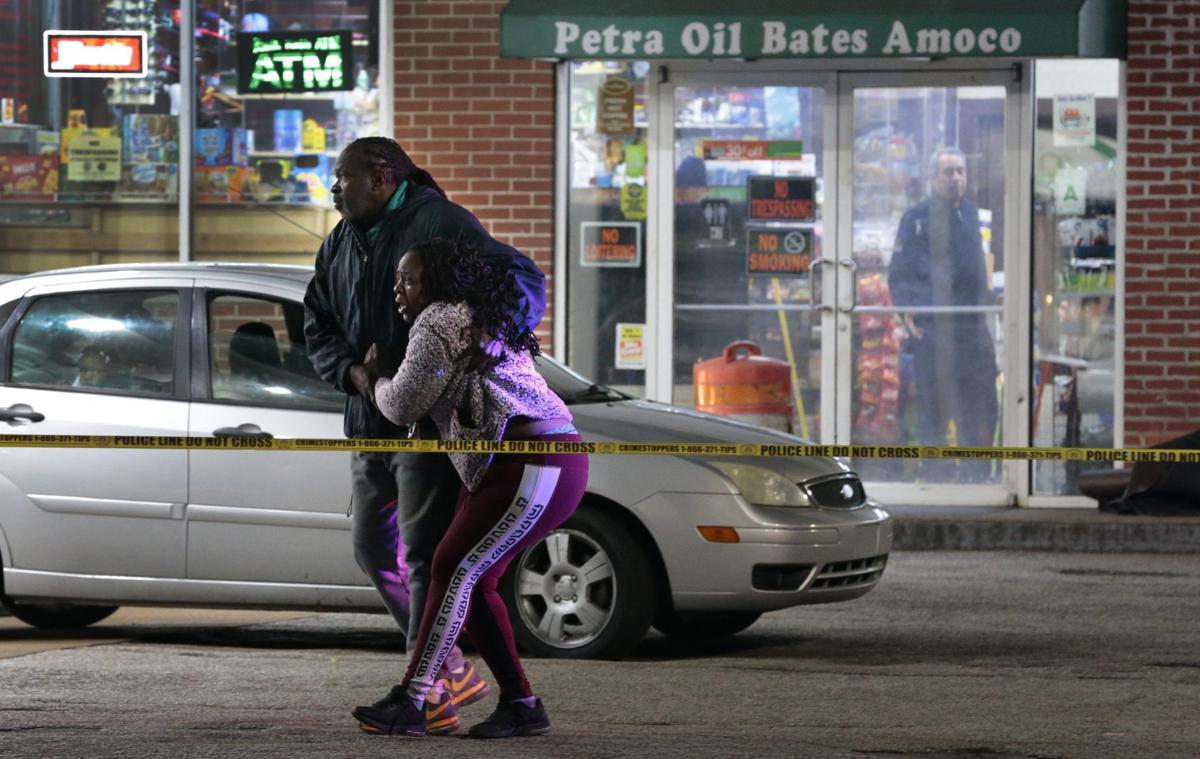 Police identified the man on Friday as 24-year-old Cortez Bufford.

Bufford sued multiple St. Louis officers in 2015 after police pulled him out of his car, pushed him to the ground and kicked him in an arrest caught on camera that got national attention. The city settled the case that December for $20,000.

Bufford had multiple encounters with police in subsequent years, including just three weeks ago allegations of resisting arrest.

On Friday, Joel Schwartz, the attorney who represented Bufford in the civil suit, said Bufford’s family is concerned about Thursday’s shooting.

“We will be taking a closer look at the facts that St. Louis police alleged that night,” Schwartz said.

At about 9:30 p.m. Thursday, an officer stopped Bufford as he was walking near a gas station in the 500 block of Bates Street, police said.

Police Chief John Hayden said that night that Bufford was stopped in a “pedestrian check,” done when an officer has “reasonable suspicion” to stop a person suspected of criminal activity.

Bufford ran, and an officer chased him into a gangway on the north side of Bates. Police said Bufford tried to climb a fence, and when he couldn’t, pulled a gun and pointed it toward the officer chasing him. The officer fired several shots at Bufford, killing him.

Police said they recovered drugs and what they said was Bufford’s firearm, a loaded Glock semiautomatic pistol with an extended magazine.

Hayden identified the officer only as 35 years old and an 11-year veteran of the department.

Bufford lived in the 4400 block of Alaska Avenue in St. Louis. He had been arrested a few times, largely for traffic violations and minor drug offenses, before the 2015 suit.

In that suit, Bufford said he was pulled over in 2014 after he made a legal U-turn, which police claimed was illegal. Bufford asked officers why he was being detained, he said in the suit. Officers told him to get out of the car.

Bufford said he didn’t immediately. Officers said he refused to give his name and reached for a pocket in his pants.

Video then catches an officer opening the car door and removing Bufford. It shows officers struggling with Bufford and kicking him. At one point, Officer Kelli Swinton warned officers they were being filmed, and she then turned off the recording.

Former St. Louis police Chief Sam Dotson suspended Swinton. Bufford sued Officers Nathaniel Burkemper, Monroe Jenkins IV and two others, unnamed. Bufford said in the suit that he was tased, beaten and kicked, and had more than $6,000 in medical bills.

In November of this year, about three weeks before he was killed, police said Bufford was observed driving a stolen vehicle. Officers said they then saw him walking by the vehicle and went to arrest him, according to court records. He was arrested on a drug charge and for resisting arrest.

Bufford’s shooting on Thursday marks the eighth time this year that a St. Louis officer has shot and killed a person, according to St. Louis police.

Officers were in the area Thursday night, according to the chief, because of previous criminal activity. He described the neighborhood as “a heavily trafficked drug area.”

St. Louis officers have been called to the BP gas station at Bates Street and Virginia Avenue more than 280 times this year, according to police call logs. Those calls included checking on a suspicious person, checking if a building was secure and investigating drug activity, shootings and a rape.

On Tuesday, near the same gas station, a 14-year-old was shot in the neck and critically injured.