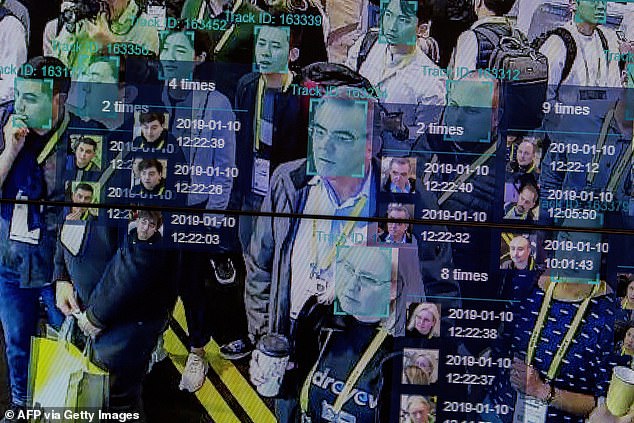 It may not be long before you’ll have to forget about walking down the street anonymously, says a New York Times report.

What if a stranger could snap your picture on the sidewalk then use an app to quickly discover your name, address and other details? A startup called Clearview AI has made that possible, and its app is currently being used by hundreds of law enforcement agencies in the US, including the FBI, says a Saturday report in The New York Times.

The app, says the Times, works by comparing a photo to a database of more than 3 billion pictures that Clearview says it’s scraped off Facebook, Venmo, YouTube and other sites. It then serves up matches, along with links to the sites where those database photos originally appeared. A name might easily be unearthed, and from there other info could be dug up online.

The size of the Clearview database dwarfs others in use by law enforcement. The FBI’s own database, which taps passport and driver’s license photos, is one of the largest, with over 641 million images of US citizens.

The Clearview app isn’t currently available to the public, but the Times says police officers and Clearview investors think it will be in the future.

Law enforcement officers say they’ve used the app to solve crimes from shoplifting to child sexual exploitation to murder. But privacy advocates warn that the app could return false matches to police and that it could also be used by stalkers and others. They’ve also warned that facial recognition technologies in general could be used to conduct mass surveillance.

Regulation of facial recognition technology is currently up in the air in the US. A few cities, including San Francisco, have banned its use, but there aren’t yet any federal laws.

On Wednesday, the House Oversight Committee held its third hearing on facial recognition, as lawmakers look to address the tech’s use in public spaces by both private companies and government agencies. “We’re going to have to really grapple with what are the parameters of protecting privacy and controlling the use of this technology,” Rep. Gerry Connolly, a Democrat from Virginia, said at the hearing.

In November, two senators introduced a bipartisan bill that would limit how agencies like the FBI and US Immigration and Customs Enforcement could use the tech. “Facial recognition technology can be a powerful tool for law enforcement officials,” one of the senators, Mike Lee, a Republican from Utah, said in a statement at the time. “But its very power also makes it ripe for abuse.”