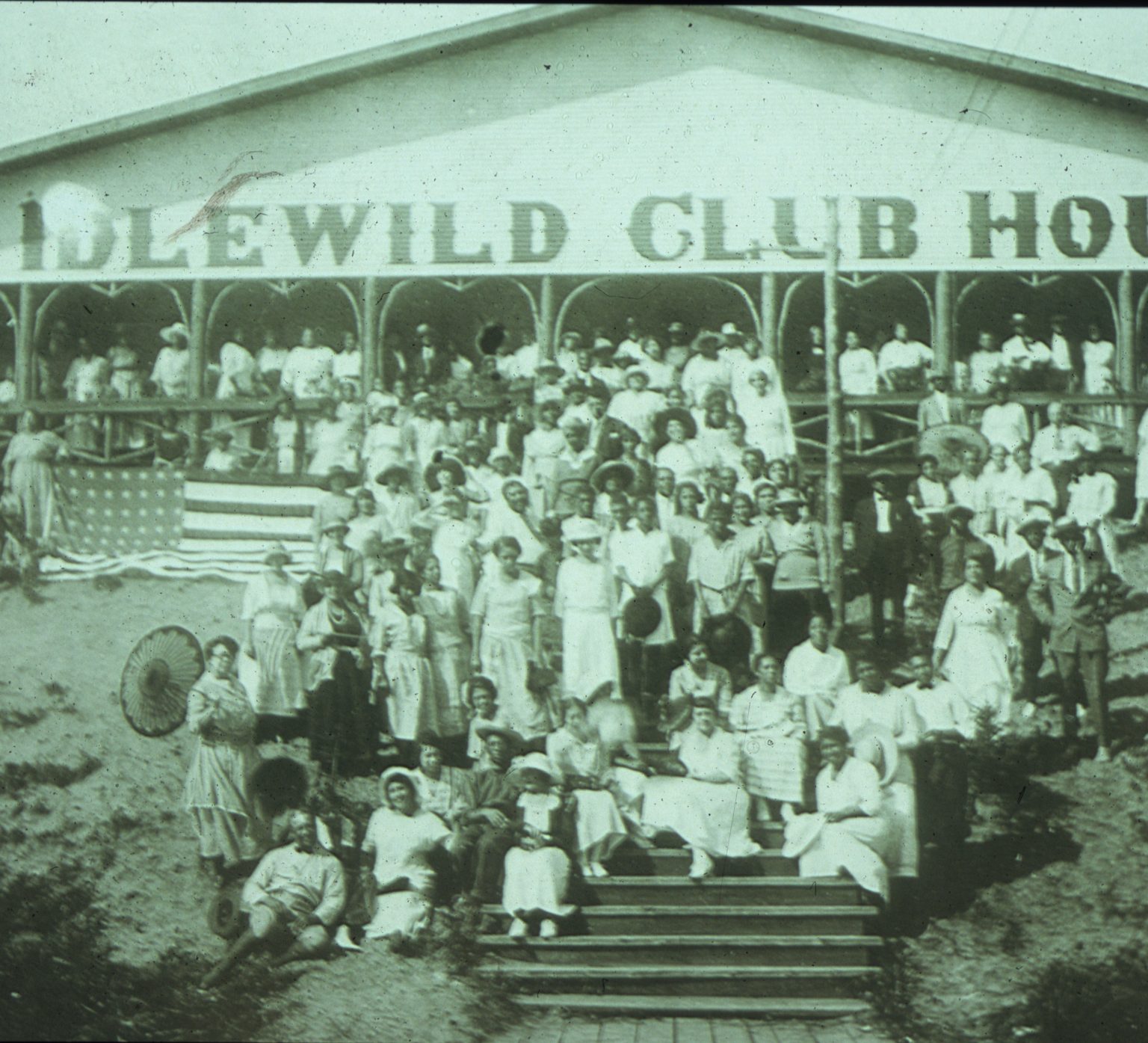 For thousands of Black people it became a refuge, a place to relax and have fun. But for others it was the first time they could have their own property. For them, the Idlewild Resort in Michigan wasn’t just a getaway, it was home.

Known as the Black Eden, the Idlewild Resort was the largest and most successful resort in the Midwest, according to the New York Post. For decades, it was the premier getaway spot in the country. It was “a place they could call home for a week or two – or all summer long.” Or all year round.

“It was the place to go back in the day,” said Susan Matous who operates one of the remaining two motels at Idlewild with her partner, Blair Evans. And for some people, it still is, Matous said.

Idlewild was first developed to target the middle class, according to Bruce Micinski, president of the Lake County Historical Society and Museum in Michigan. In 1912, a couple of white developers established Idlewild, which sits inside Yates Township in Lake County. After deciding an all-black resort would attract middle-class vacationers, they bought nearly 3,000 acres around the Lower Peninsula’s northwestern woods and promoted hunting, fishing and swimming to tourists, according to nypost.com.

“There wasn’t anything for Black people at that time, so they realized they could promote it in big cities and target Black people,” Micinski said. They promoted it in cities such as Cleveland, Indianapolis, Chicago and Atlanta.

It worked. People like Daniel Hale Williams, the first surgeon to perform open-heart surgery in America began staying at the resort, Micinski said. Louis Armstrong bought a cottage there and often went out on the lake and the boxer Joe Louis would often go there to relax, he said.

But then W.E. B. Dubois began promoting the area to everyone and would write articles about Idlewild in his magazine, The Crisis, Micinski said.

DuBois realized Black people needed to find a place where they could relax and enjoy nature. They could go boat riding and horseback riding. And they could buy land.

They built cabins and settled into making Idlewild their home, their “refuge,” Micinski said.

Soon the news spread and Black people from all over the United States started coming to Idlewild. And their professions varied: there were journalists, cab drivers, doctors, lawyers, educators, bankers and politicians. People from all walks of life flooded the resort.

Then in the 1930s and 1940s, the resort started getting into the music scene and famous stars such as the Four Tops, Ella Fitgerald and Aretha Franklin would perform at the resort.

The Jim Crow laws ensured the suppression and segregation of Black people. So, although Black entertainers were allowed to perform at white establishments, they weren’t allowed to stay there, Micinski said.

Still, “There were some plusses about Jim Crow that were beneficial for Black people,” said Dr. Ronald J. Stephens, a professor at Purdue University. “There were Black entrepreneurs that had established legitimate businesses and relationships with the community.”

There were hundreds of Black-owned businesses. There were gas stations, more than 50 motels, three hotels and 75 cottages for rent, said Stephens who has written two books about Idlewild. There were beauty salons, clubs, a skating rink, restaurants and three grocery stores, he said.

The residents had their own fire department and post office. They had their own baseball and softball teams. Their own sororities and fraternities.

Soon Idlewild became known as the Summer Apollo of Michigan, Stephens said. As many as 25,000 to nearly 30,000 people descended on the resort during the summer. They watched performances by entertainers such as as Cab Calloway, Duke Ellington and Jackie Wilson. There were beauty pageants, literary circles, hunting clubs and nightclubs like the Flamingo and the Paradise Club. Idlewild allowed Black people to experience something extraordinary and special, according to nypost.com. It allowed their dreams to come true. But it was brief.

When the Civil Rights Act passed in 1964, legal segregation ended and the exodus began.

People started to go on family vacations where they weren’t allowed to before and black entertainers found they could charge more to play in clubs and resorts that now accepted all colors, said the late John Meeks, who headed the town’s African American Chamber of Commerce in 2017, according to nypost.com.

Still, Idlewild may have lost many businesses and patrons, but it was not completely abandoned, said Matous who started going to Idlewild fourteen years ago with Evans.

“I fell in love with the natural environment as well as the historical and cultural relevance of it,” Matous said. For Evans, Idlewild had long been a getaway, Matous said. His family, going back to his grandparents often visited the resort. And now so does his nieces and nephews, Matous said.

“It was never abandoned or forgotten. It just decreased in popularity,” Matous said. “You still see boats parked at the dock, you still see jet skis.

“You have several families who have at least two or three homes. The Red Rooster, it used to be Rosanna’s Tavern, folks still go there to eat.”

About four or five years ago, Matous and Evans decided to help protect and preserve the town. They took over Morton’s Motel and established the website Experience Idlewild to promote different events in the community.

Idlewild was named a historic community in 1972 and around 2010 seven historic markers were erected in the town, which was the first time that many markers were unveiled in one day, Stephens said.

Ever since Stephens found out about Idlewild from a student in 1992, he hasn’t been able to forget it. He later discovered his family used to go there when he was a baby. He used to visit the town five or six times a year to work with different organizations on various projects. Two years ago, he bought half an acre of land there to build a home.

For him, Idlewild will always be a safe haven. And he doesn’t mind driving the miles it takes to get there.

“As soon as you see the blinking lights at US 10 and Broadway, you know you have arrived at Idlewild,” Stephens said. “You feel like a big load has been released. And the atmosphere of Idlewild amplifies that feeling. It’s a home away from home.”

via The Idlewild Resort: Once the Largest, Most Successful Resort in the Midwest for Black People – TheVillageCelebration