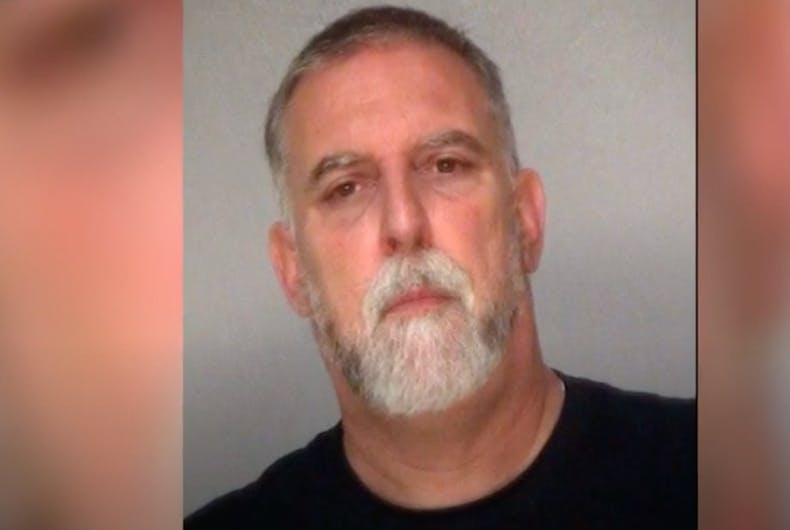 It ain’t just Karens… it’s closeted gay pastors too!!! When your story is shaky, blame the “Blacks”…

After his wild claim made it to social media, local news investigated the racist tale and the now-unemployed pastor admitted the truth.

Christopher Keys has been arrested and charged with solicitation of sodomy for attempting to hire a male prostitute. Unfortunately for Keys, his hoped-for night with the hooker cost more than he anticipated.

Keys was robbed by two masked men in his hotel room, but instead of telling his family the truth, he claimed he’d been kidnapped by two black men. Once the wild story made its way to Facebook, the whole story crumbled as quickly as the good pastor’s reputation.

But that’s not the story he wanted to tell. In fact, he told the officers he planned on telling his family he was kidnapped.

Keys was robbed after checking in to the hotel. When he opened his door expecting his hookup, a masked man walked into the room. He forced Keys onto the bed at gunpoint. When he left to go to the pastor’s truck to take his wallet, another man came in to keep him fleeing.

The gunmen took his wallet, phone and keys. His phone was later recovered in a nearby Walmart parking lot.

Keys told a friend that he had been carjacked and kidnapped by two black men who robbed him and took him to the hotel. As the story spread, someone posted it to social media where it went viral in the local community.

That’s when things started to unravel.

A local television station caught wind of the story and wondered how they could have missed the police report for a kidnapping in the community. After investigating, they confirmed that the whole story was fake and got the actual story from the cops.

Keys has now been arrested and charged with solicitation of sodomy. While sodomy is legal in the United States, soliciting a prostitute is still against the law. The term is commonly used to refer to “offering to pay for sex” of any kind.