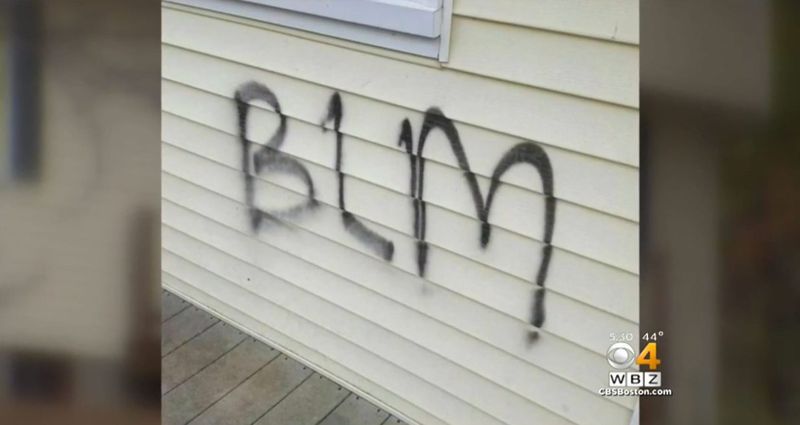 She knew what she was on… hate crime ish…

Daly, who is married to an officer on the Millbury police force, claimed in an Oct. 17 police report that robbers busted into her home and stole jewelry and cash in the middle of the night.

The burglars spray-painted “BLM,” shorthand for Black Lives Matter, on the side of the house before dashing off with about $10,000 worth of loot, she told police.

“We woke up to not only our house being robbed while we were sleeping but to see this hatred for no reason,” she wrote on Facebook after she reported the “crime” to cops.

The cop’s wife continued: “If you would have asked me yesterday about this blue lives and black lives matter issue my response would have been very positive. Today on the other hand I have so much anger and hate that I don’t like myself.”

But officials grew suspicious when details in the investigation didn’t add up.

“Something wasn’t quite right,” Millbury Police Chief Donald Desorcy told the TV station. “I think that was pretty obvious and as a result of that investigation, the officers did their due diligence and followed through with the investigation that we had.”

Daly’s husband was not involved in the faux crime and has not been charged, police said.

Desorcy said Daly likely was motivated by her family’s financial problems, he told the Worcester Telegram.