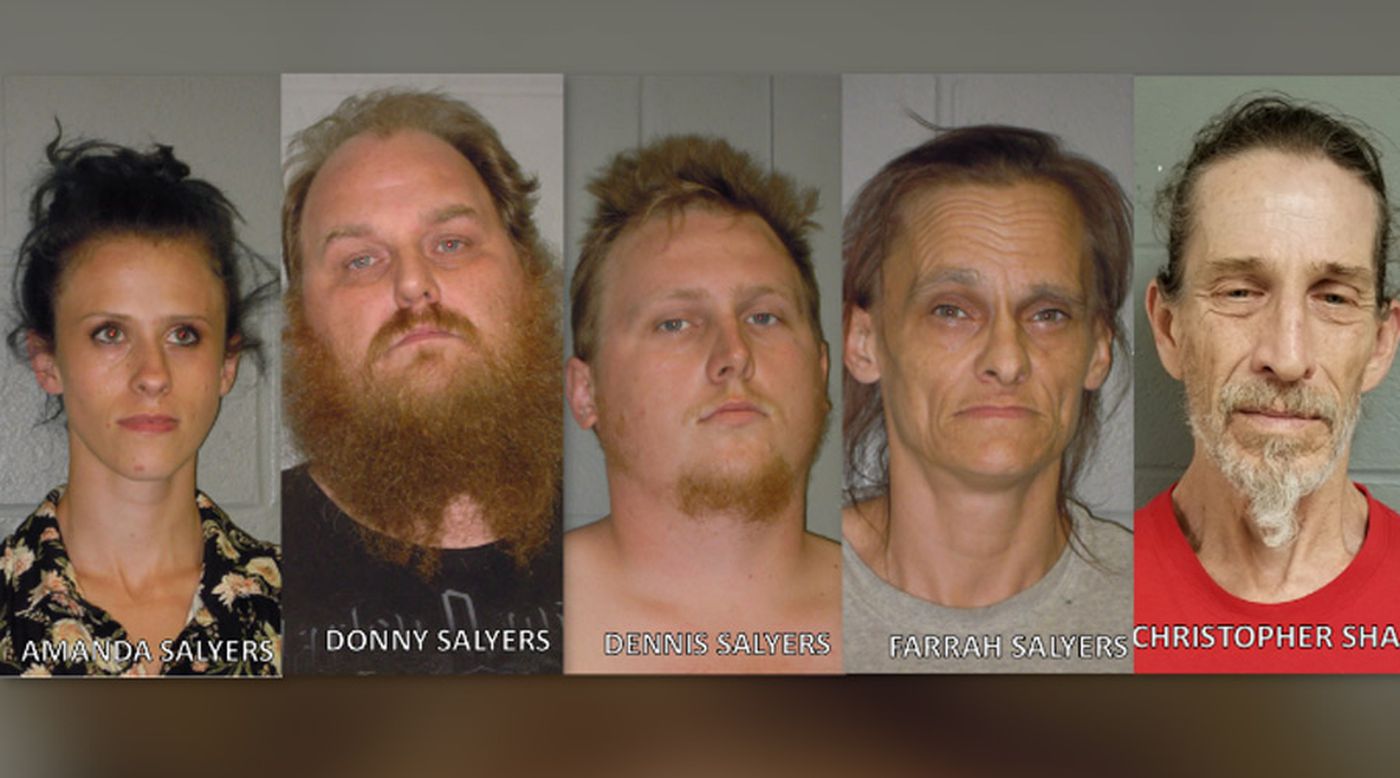 The Shenandoah County community had rallied to McCray’s defense after he posted to Facebook earlier this month, saying in part: “Who does a BLACK PERSON call FOR HELP when the Sheriffs and those sworn to HELP & PROTECT you CAN’T SEE you AND CAN’T HEAR you, BUT rather they stand with the MOB and those THAT WANT TO KILL YOU? This HAPPEN TO ME in Edinburg VA (Shenandoah County) on JUNE 1ST, 2020.”

McCray, 61, said he called 911 on June 1 to report a group of people assaulting him on his property in Edinburg, but afterward, he had to draw his weapon to protect himself.

In an interview on Friday, McCray said it started when he noticed two people dragging an old fridge toward the dumpsters at the apartment building he owns in Edinburg.

He said he asked the two to leave the property and they “got irate” with him before leaving. But then they came back with three others, threatening him and “using all types of racial slurs,” he said.

According to McCray, they surrounded him, and one man began head-butting him.

“One of the guys snatched his shirt off and circled behind me. That’s when it got really bad,” McCray said. leaving him at the point he felt he had no choice but to pull a handgun and call 911.

“It got to the point where this is really getting really, really bad,” McCray said. “I couldn’t leave, I couldn’t do anything, and with the threats, I felt to save my life, I had to draw my gun.”

But when deputies arrived, McCray said only one talked with him, didn’t ask for his story, spoke with the white family who had attacked him, and then seized his weapon and arrested him in front of the people who had just been assaulting him.

“How humiliating,” he told NVDaily. “How dehumanizing … to look at this mob of individuals cheering on the sidelines waving as I was carted off to go to jail.”

McCray said that he had to push to be able to tell his side of the story.

“I met with the sheriff. I wrote, you know after I was arrested, the next day I wrote a letter and asked him for an opportunity to tell my story, which I really had not told,” McCray said.

Sheriff Timothy Carter announced on Friday that after deputies responded to the 911 call on June 1 in the area of Printz St., he met with McCray on June 3. The sheriff says after his discussions with the pastor, it was apparent to him that the charge of brandishing against McCray “was certainly not appropriate.”

The Virginia code says the charge does “not apply to any person engaged in excusable or justifiable self-defense.”

“Actually, as I told Mr. McCray, if I were faced with similar circumstances, I would have probably done the same thing,” Carter said in his video address to the public.

Afterward, the sheriff says he met twice with the Shenandoah County Commonwealth’s Attorney and she agreed with his assessment to drop the brandishing charge.

However, not only was the charge against McCray dropped, but the people who allegedly attacked him have been arrested.

In addition, a fifth person, 26-year-old Amanda Salyers, was charged with assault by mob and assault – hate crime.

Carter said they were all taken into custody Thursday night without incident at a home in Edinburg. All are being held without bond as the sheriff’s office’s investigation continues.

In addition, the sheriff has placed two of his staff supervisors on unpaid administrative leave while he completes an administrative review of the initial incident.

Carter says he also personally apologized to McCray and appreciates “his patience as I have worked through these matters.”

The sheriff said he does listen to citizen complaints and takes them very seriously.

“I want the people of Shenandoah County to know I and the Sheriff’s Office staff appreciate and care about the minority communities, and especially our black community, in Shenandoah County,” he said. “Also, I continue to support and recognize the importance of your Constitutional rights, especially your 2nd Amendment right to protect yourself and your family.”

McCray said that he wants to see change within the sheriff’s office, and he thinks Carter is making good steps.

5 face hate crime charges in alleged attack against black Va. pastor; he was arrested when he called for help