No company wants to be sued. Since lawsuits can be common for large companies, especially large tech companies, it makes sense that these organizations create strategies to reduce their chances of being sued in the first place. But when those tactics are subtle, scummy, and anti-consumer, as is apparently the case with Google, you need to call it out.

This “agreement” is limited in scope: It only covers your right to join a class-action suit over the Pixel you’re registering, and not all future class action suits against the company. Even still: This tactic is bullshit.

Google is not going to file a class-action lawsuit against you. There is a much greater chance you might feel the need to file or join one against the company. Imagine if the company sold you this Pixel device, knowing there was a fatal flaw in the tech. A class-action lawsuit is filed, since so many users were affected by this deceitful business practice. But, wait! You all agreed not to join such a lawsuit when you set up your phone, so you can’t hop on. Bummer! Hey, at least Google can’t sue you, either.

If you’ve never had to join a class-action lawsuit against a company before, it might not seem like a pressing issue. But these things do happen. Take Apple’s butterfly keyboard disaster; the company knew these keyboards were doomed to fail, and yet sold them to customers for years. That case is on-going, but it’s a situation you’d want to be available to join if you bought a MacBook with a butterfly keyboard.

I haven’t set up a new Pixel device in a few years, so I can’t personally comment on what that part of the setup process looks like. But there is a way to opt-out of this shady clause, albeit with some steep limitations.

There’s good news and bad news here. The good news is you can opt out of the arbitration agreement via this link; just make sure you’re logged into the same Google Account as your device, choose your specific device from the list, enter its serial number, then hit Submit.

The bad news, unfortunately, is you lose the ability to opt out of this agreement 30 days after setting up your phone. If you recently bought a new Pixel device, or any other device covered in this agreement, it’s a great time to check if you can opt-out of the agreement.

This agreement only concerns individual products, and not your entire Google Account. If you miss the 30-day window, you don’t lose your right to join a class-action suit against Google for some other reason. Google Home, Pixel Buds, and other devices have their own agreements you can opt-out of within 30 days.

And worth noting: This agreement only concerns Google users in the US. If you’re outside the States, you don’t need to worry about it.

A woman was shocked to discover just how much data Amazon has collected about her.

She posted a viral TikTok video explaining how she requested to see the data but wasn’t expecting to receive so much.

END_OF_DOCUMENT_TOKEN_TO_BE_REPLACED 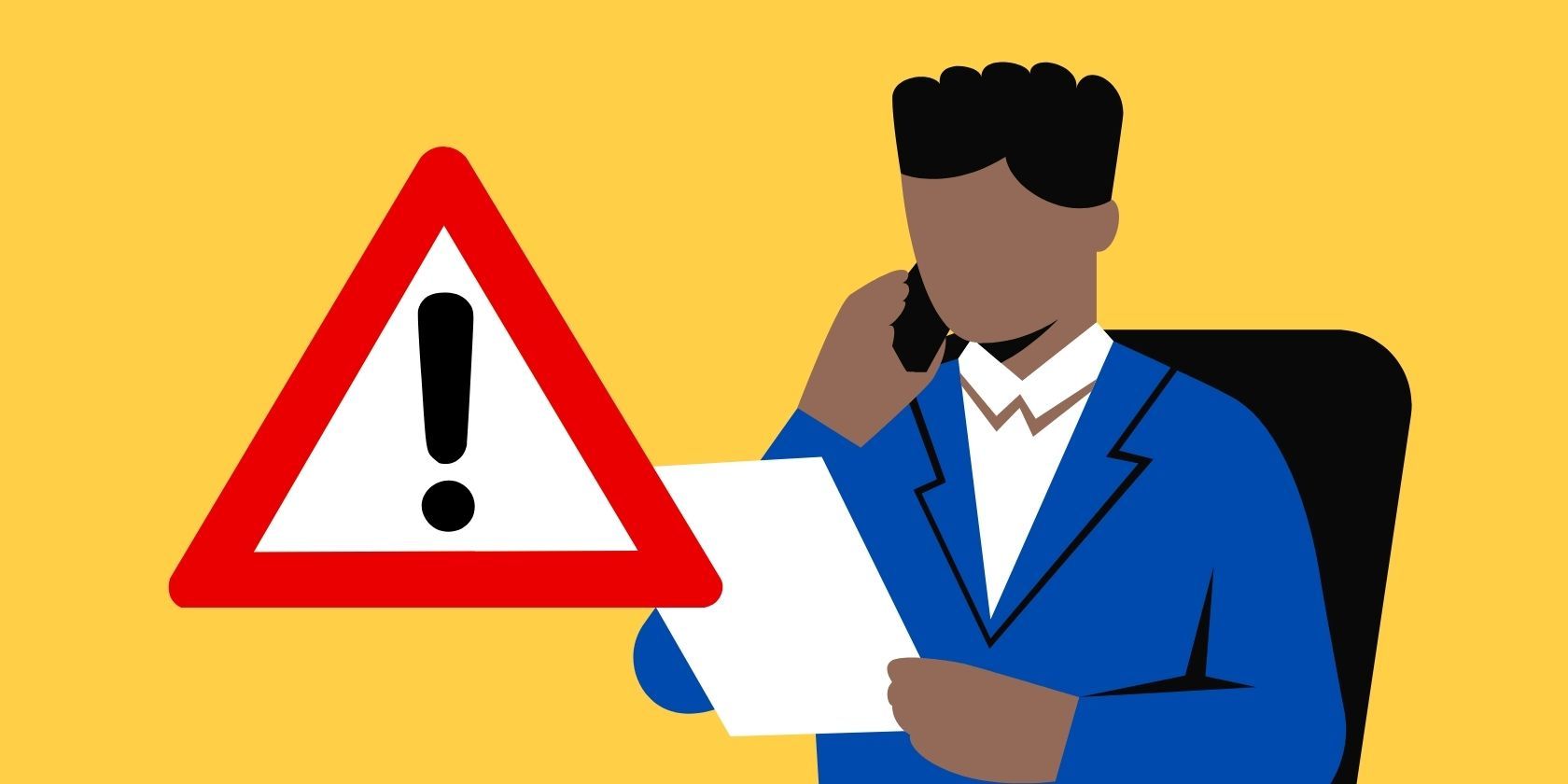 We all have clients who aren’t a good fit. Here are some red flags to watch for when working with new clients.

END_OF_DOCUMENT_TOKEN_TO_BE_REPLACED

This is a dope concept!

Can people be enlightened about housing inequality through a video game? That’s the purpose of Dot’s Home — a video game whose purpose is just that.

The narrative-driven game centers around Dorothea “Dot” Hawkins, a 20-year-old Black woman who goes back in time to help different generations of her family make decisions about housing. Dot time travels via a magic key to the ‘50s, ‘90s, 2010s, and then 2021, Input Magazine reported.

Dot is living in her grandma’s rundown house, located in a disinvested Black neighborhood in Detroit. Dot travels back in time to help; for example, her grandparents decide if they should invest in a fixer-upper as their first home. In another scene, Dot must help her parents decide if they should move away from their community to the suburbs after their public housing home is set for demolition, Bloomberg reported.

Dot travels through different decades, each highlighting “a defining moment in history for Black homeownership: the Great Migration of the 20th century, urban renewal efforts in the 1990s, and finally, the 2010 foreclosure crisis that helped spur gentrification,” Bloomberg reports, At each stop Dot must transverse racist housing policies and predatory lending practices. Ultimately, the game proves the odds are stacked up against Dot from creating generational wealth, no matter what decade she is in and the decisions she makes.

The American dream myth is that wealth and prosperity is out there for everyone’s taking, and that the house with the white picket fence is accessible to all. But players in Dot’s Game are shown the obstacles faced by Black homebuyers in the U.S.

“We wanted players to play the game and not necessarily empathize with Dot’s family but just to bear witness to, and accompany them through, these very intimate but consequential moments,” Christina Rosales, housing and land director at the community organizing nonprofit PowerSwitch Action and a co-producer of the game, told Bloomberg.

“As a player, you might feel like you have the choice to change the course of the future for this family, but ultimately, you don’t. It’s very much a rigged game. You get what you get,” Rosales told Kotaku.

The focus of Dot’s Home is to illustrate how Blacks, as well as other minorities, have to deal with housing issues, food insecurity and environmental risks, among other issues.

The concept for the game was developed through the Rise-Home Stories Project, an organization composed of Black and minority organizers that includes game designers, writers, activists and others. The group’s mission is to “change our [the] relationship to land, home, and race, by transforming the stories we tell about them,” according to its website.

Dot’s Home, which was released in late-October, and is free to play on Steam, Itch.io, Google Play and Apple’s App Store.

This ofay was worse than Hitler yes since it was against Afrikans, it’s OK to have scholarships and so on named after this savage.

The evil that men do lives after them – and rarely more miserably than in the case of Cecil Rhodes, who died 100 years ago this month.

North of the Zambezi, they have long known about the suppression of free speech, about the bloody redistribution of land along racial lines, about politicians happy to employ armed – and sometimes uniformed – mobs to kill their opponents. They are practices imported to this region, along with the railways, by the British.

END_OF_DOCUMENT_TOKEN_TO_BE_REPLACED

When it comes to the gaming industry, Black people are severely underrepresented within companies. According to the 2017 International Game Developers Association Satisfaction Survey, only one percent of professionals within the industry identify as Black.

This lack of representation often leaves some titles with frustrating content. From games that either replicate stereotypes or just pretend Black people don’t exist, it’s an understandably frustrating experience. However, there are developers outside of the major companies that everybody knows.

END_OF_DOCUMENT_TOKEN_TO_BE_REPLACED

Hey, remember Ivanka Trump‘s pet project where she gave out food to hungry people during the pandemic? Well, a new report released by the House Select Subcommittee on the Coronavirus Crisis finds that the whole thing was basically just a poorly run PR stunt that awarded millions and millions (and millions) of dollars to totally unqualified contractors for the sole purpose of boosting Donald Trump‘s reelection chances.

END_OF_DOCUMENT_TOKEN_TO_BE_REPLACED

An email sent to Jeff Bezos from an Amazon worker who was on leave triggered an internal investigation that exposed flaws with the company’s payroll system, The New York Times reported.

Tara Jones, an Oklahoma Amazon warehouse worker, emailed Bezos in 2020 to tell him she was being underpaid $90 out of $540 she was supposed to get in her paycheck, The Times reported. She had a newborn baby at the time, The Times said.

END_OF_DOCUMENT_TOKEN_TO_BE_REPLACED 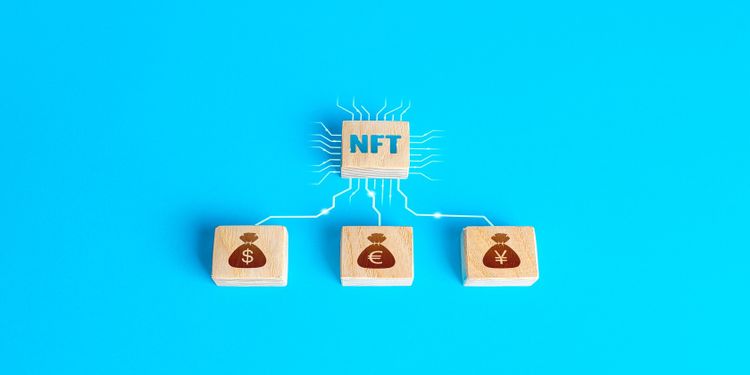 Interested in creating and selling NFTs? We’re going to show you how.

Non-fungible tokens, also known as NFTs, have created quite a buzz in the crypto markets across the globe. People are spending millions of dollars to buy and sell NFTs, making it a fantastic way for artists to sell their work.

If you are interested in starting your own NFT collection and selling them, then keep on reading.