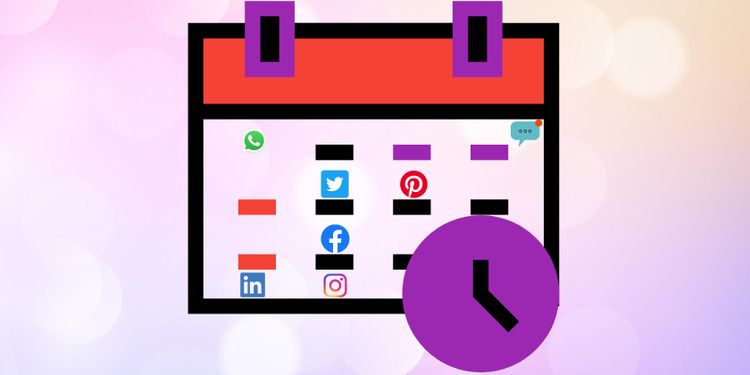 Automate your social media marketing….. I use buffer but I’m gonna check out the others…

If you’re active in multiple social media platforms, you must try post-scheduling calendar tools for publishing your content.

The world of social media is expanding, and hence it becomes difficult for individual users to post on all the platforms regularly at the right time. In order to manage when and what to publish on social media, you need to stay organized. To make the whole process seamless and hassle-free, check out these eight social media calendar tools for scheduling posts.

END_OF_DOCUMENT_TOKEN_TO_BE_REPLACED

If you have an active social media account on any platform, you’ve probably shared some private information, made some friends, or clicked a link that you came across while using it. Undoubtedly, social media platforms can prove to be useful to make connections and reach out to the wider world, but is it always the case?

END_OF_DOCUMENT_TOKEN_TO_BE_REPLACED

And these crazy feminist types say we don’t protect our women, nah we just don’t fuck with u traitors…. Video on the site….

Black homeowner Jennifer McLeggan began very publicly reporting recently that she has been repeatedly harassed and threatened by her white neighbors in her Long Island, New York, neighborhood. The single mother and registered nurse says she has video footage that shows a man throwing feces and dead squirrels in her yard. Her outcries have led people to rally to her side. END_OF_DOCUMENT_TOKEN_TO_BE_REPLACED

Damn Arabs…. their hatred of us from being shunned back in the days will never wane… this is just a tech upgrade smh

Google, Apple and Facebook-owned Instagram are enabling an illegal online slave market by providing and approving apps used for the buying and selling of domestic workers in the Gulf. END_OF_DOCUMENT_TOKEN_TO_BE_REPLACED

If I ain’t in FB jail, they blocking my ad links and removing my groups for the most retarded of reasons….. so my shirtshop is on the 16mb.com domain which is hosted out of the UK and the company does offer free hosting (which I upgraded from). The problem with free hosting sites is that hackers LOVES to use them to make phishing sites and I’m sure that is what occured when FB decided to do this…

Of course I have tried to contact them to clear this up but as anyone who tries to deal with FB in any dispute knows, that shit ends up in the recycle bin more often than not…. and since they own Instagram, IG is also blocking my links… specifically the ones that go to the individual shirts and so on…. 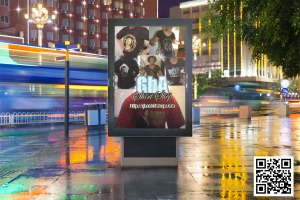 I’m currently putting the finish touches on a new line AND if u didn’t know already, I have hoodies and sweatshirts coming as well…. shoutout to new printers!!!

I shoulda been had a Mark Spark & LR Radio show done but these new events have slowed down my creativity in those regards I must admit…. I really wanted to do a LR Radio show with strictly proBlack songs and such but I wanted a variety of artists, not just dead prez, Paris and David Banner…. once I do a lil more “crate diggin”, I’ll have that in the bag but it’s so much good music out there, the next LR Radio will prolly be on that tip til I finish my diggin….

I gotta admit I’m getting a lil disappointed in the 5150 show of late…. Corey showing his ignorance of facts and then caping for Darlene (and her low key stereotypical racist coments on POC and caping for her YT Hollweird celeb “friends”) and her DACA BS…. as Tariq Nasheed has said… “Let them hold their own nuts” cuz most Mexicans refer to us as mayates so go work that out with the whetas who want you on the other side of the wall since u like them polar bears so much…. I’m surprised Zo don’t say nothing but I guess he like I got own thing to do and I’ll just laugh at the fuckery…. cuz he don’t correct Corey’s “drunk facts” as much as he should but hey maybe don’t know either…. people are not as all around smart as I try to give them credit for, they just know some things in one vector….

and his fixation of “twizzlers” and gay ish is beginning to make me wonder….. esp. from a cat who fixed a bra on a “trainee” (in Bobby’s voice lol)

and why ain’t Freeze coming back? I know he does a show on Tuesday but I think it’s more to it than that

also shoutout to folks who don’t realize u don’t fuck with them no more…. that ship sailed a few years ago so u gotta find another “friend” to fill your boredom and do the manly things the dudes you smash don’t or won’t…. female “friends” can be such users…..