Using her ingenuity and engineering skills, Nzambi Matee found a way to help the environment by converting plastic waste into building materials.

END_OF_DOCUMENT_TOKEN_TO_BE_REPLACED

An Indian company called Metal Refinery EPZ has been ordered to pay $12 million in a lawsuit over lead poisoning of Kenyans. END_OF_DOCUMENT_TOKEN_TO_BE_REPLACED

“You must stop your Satanic idol-worship”, “You devil worshipper”, “You will go to Hell”. These are all common derogatory comments I have received as a third-generation practitioner of Vodu, an ancient West African spiritual and herbal practice, mostly by Christians that preached their faith on me. At first, I used to react harshly to them which normally ended in both parties arguing, sometimes even ending in insults. As I grew older, I realized that most people who hold such views have little knowledge about African history or spiritual traditions. In this article, I will shed light on some reasons why African spiritual and herbal traditions like Vodu have historically been and continue to be stigmatized and associated with Satan or the devil. END_OF_DOCUMENT_TOKEN_TO_BE_REPLACED

Kenyans on social media have rejected over 18 tonnes of equipment received from China to aid the country in the fight against the coronavirus.

The latest is after reports that a China Southern Airlines cargo plane had arrived at the JKIA with a donation of 18 tonnes of Covid-19 protective gear from Chinese companies.

Kenyans took to social media to ‘look at the gift horse in the mouth’ citing incidences of race-fuelled cruelty against Africans living in mainland China. END_OF_DOCUMENT_TOKEN_TO_BE_REPLACED

They just doing a new form of neo-colonialism lending money like World Bank/IMF and using that to make inroads and buy the infrastructure when the lendees default….

Key point: China is in Africa now not to advance Maoism, but to control its resources, people, and potential. END_OF_DOCUMENT_TOKEN_TO_BE_REPLACED 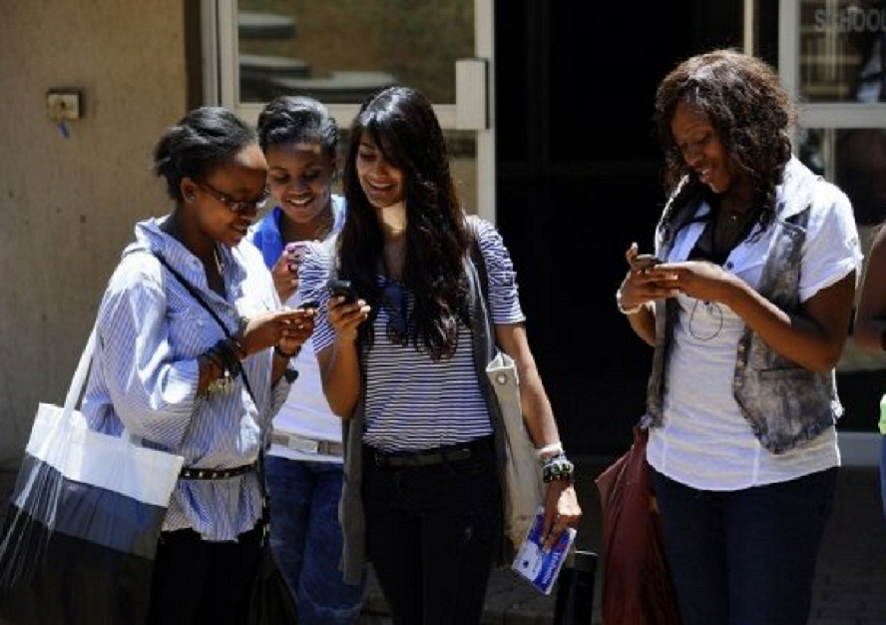 Pretty dope… he needs to incorporate some wifi so he can get longer range..

When Bluetooth was introduced, it was to exchange data between devices connected to a local area network wirelessly over short distances. The Bluetooth concept is now going to do more than that, as Rodgers Wambua, a Kenyan student from the Masinde Muliro University of Science and Technology (MMUST) has created a Bluetooth app that enables one to send messages without incurring any data charges. END_OF_DOCUMENT_TOKEN_TO_BE_REPLACED

A Big Pharma company who manufactured a vaccine allowing for a state-sponsored forced sterilization of over 500,000 girls in Africa has had its licence revoked.

According to Kenya’s opposition leader, Raila Odinga, half-a-million young girls are now infertile following a tetanus vaccine administered by the government in 2014 and 2015. END_OF_DOCUMENT_TOKEN_TO_BE_REPLACED

Kenya’s Catholic bishops are charging two United Nations organizations with sterilizing millions of girls and women under cover of an anti-tetanus inoculation program sponsored by the Kenyan government. END_OF_DOCUMENT_TOKEN_TO_BE_REPLACED

Everyone boohooing over Paris but what about Kenya?? Are black lives worth less? Video at the link…

The massacre that killed 147 people and wounded scores of others at a Kenyan university lasted for hours Thursday before the terror was over.

“It is a very sad day for Kenya,” Interior Ministry Joseph Nkaissery said of the carnage at Garissa University College.

The death toll is the highest in a terror attack on Kenyan soil since the U.S. Embassy was bombed in 1998. More than 200 people died in the Nairobi blast.
END_OF_DOCUMENT_TOKEN_TO_BE_REPLACED

It’s population control plain and simple… and you know who they targeting..

According to LifeSiteNews, a Catholic publication, the Kenya Catholic Doctors Association is charging UNICEF and WHO with sterilizing millions of girls and women under cover of an anti-tetanus vaccination program sponsored by the Kenyan government.

The Kenyan government denies there is anything wrong with the vaccine, and says it is perfectly safe.

The Kenya Catholic Doctors Association, however, saw evidence to the contrary, and had six different samples of the tetanus vaccine from various locations around Kenya sent to an independent laboratory in South Africa for testing.

The results confirmed their worst fears: all six samples tested positive for the HCG antigen. The HCG antigen is used in anti-fertility vaccines, but was found present in tetanus vaccines targeted to young girls and women of childbearing age. Dr. Ngare, spokesman for the Kenya Catholic Doctors Association, stated in a bulletin released November 4:
END_OF_DOCUMENT_TOKEN_TO_BE_REPLACED