Manifesting. Building. Letting knowledge be born.
In 1986, urban America (and a growing segment of the rest of the country) was experiencing and repeating the Supreme Mathematics of the 5% Nation of The Gods & Earths. But most of the fans who rhymed along with Rakim that there were “no tricks in ’86 — it’s time to build” from Eric B & Rakim’s breakout single “Eric B Is President“ had no idea of the meaning behind those words. MC Shan proudly proclaimed in the same year “I got the knowledge to know, the wisdom to speak, the understanding of my rhyme is at its fullest peak.” It was primarily youth in New York City and the surrounding Tri-State area who understood why Just-Ice referred to the Bronx as “Pelan” on “Going Way Back,” his classic 1987 single with KRS-One. Elements of the 5% have existed in rap music since Se’ Divine The Mastermind and Jus Allah The Superstar of The World Famous Supreme Team sang “Allah & Justice” on radio station WHBI in the early 1980s.

END_OF_DOCUMENT_TOKEN_TO_BE_REPLACED

I’m glad Rizzla finally addressed the Scientology thing but I still raise an eyebrow at how close let the Church get to the NOI.

On the 33rd episode of People’s Party, Talib Kweli and Jasmin Leigh sit down with rapper, actor, producer, director, writer, sports league founder, and all-around legend among legends: Ice Cube. The conversation covers a multitude of subjects and starts at the beginning — with the story of Cube growing up with aspirations of playing pro-football before transitioning into one of the most respected, prolific lyricists of all-time. The trio discusses the origins of Ice Cube classics like “Boyz-n-the-Hood” and “It Was A Good Day,” the booming growth of the BIG3 basketball league, and emcees who had the most impact on Cube coming up and the development of his pen-game. END_OF_DOCUMENT_TOKEN_TO_BE_REPLACED 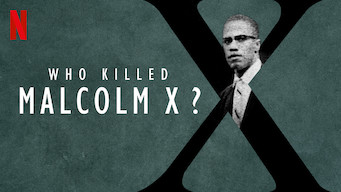 I knew this series would be BS especially since why would Netflix GAF about “Black” liberation….

By now many of you are aware of the Netflix series about the assassination of Malcolm X, or more specifically, who allegedly killed him. The series aims to identify who actually pulled the triggers as opposed to the far more troubling question of who wanted him dead and why. END_OF_DOCUMENT_TOKEN_TO_BE_REPLACED

Following the discussion with Paul Guthrie, Lord Jamar opens the floor to the Nation of Islam to respond and the Yanadameen Godcast is pleased to welcome Dr Wesley Muhammad as a special guest.

Dr Wesley Muhammad speaks briefly about his background and introduction to not just the Nation of Islam but also to the Five Percent Nation, as well as sharing how he came to be in the privileged position of learning directly from Minister Louis Farrakhan.

Lord Jamar asks Dr Wesley Muhammad to respond directly to the points put forward by Paul Guthrie regarding specifically the charge that W.D. Fard was actually teaching Bhuddism and not Islam, and also the location of Mecca. END_OF_DOCUMENT_TOKEN_TO_BE_REPLACED

The Yanadameen Godcast this week features special guest Paul Guthrie who has been studying the teachings of Nation of Islam co-founder W.D. Fard and doing a critical analysis of his teachings. His studies have led him to question whether many of the beliefs held by followers of W.D. Fard are true or is their faith misplaced? END_OF_DOCUMENT_TOKEN_TO_BE_REPLACED

ZoWhat Show Topic:
“Why You Mad Judas?”
“Who gave birth to & raised the Hater who walks among us?”

A more in-depth look into the mind of a Hater! END_OF_DOCUMENT_TOKEN_TO_BE_REPLACED

via Nation of Islam CONFRONTS Asian Thug Who Chocked Out Black Woman! “Now You Got To Deal With Us!” – YouTube

An anti-Muslim hate group planned an armed protest at an African-American mosque in Texas — but it didn’t go as planned.

The group, the Bureau of American Islamic Relations, or BAIR, has made it a habit in the past to show up at mosques with firearms and intimidate worshipers. In November, armed protesters stalked Muslims in Irving. In December, they again stalked Muslims at the Islamic Association of North Texas.

But on Saturday, the group that makes a show of carrying guns while they surround places of worship was met in-kind at a Nation of Islam mosque in South Dallas, the Dallas Morning News reports.
END_OF_DOCUMENT_TOKEN_TO_BE_REPLACED