Flat out if LE hears I can’t breathe and does nothing to relive the person, it should be 1st degree murder since it is premeditated….

Newly released body camera footage from an arrest in Oklahoma City last year shows a suspect saying “I can’t breathe” before he died at a hospital. END_OF_DOCUMENT_TOKEN_TO_BE_REPLACED

Shame it took a TV show to inform ppl about our illustrious history and the devils who destroyed Greenwood….

Shelby was acquitted of manslaughter in Crutcher’s shooting in May. According to KOTV, Shelby requested the killing be expunged from her record and her wish was granted by a local judge. END_OF_DOCUMENT_TOKEN_TO_BE_REPLACED

When the Civil War ended, African-Americans in Atlanta began entering the realm of politics, establishing businesses and gaining notoriety as a social class. Increasing tensions between Black wage-workers and the white elite began to grow and ill-feelings were further exacerbated when Blacks gained more civil rights, including the right to vote. END_OF_DOCUMENT_TOKEN_TO_BE_REPLACED

One of the most glaring examples of racism in this country is the corrupt criminal justice system. White people can many times commit violent crimes with little to no punishment, especially compared to their Black counterparts. This year alone, people have been mortified after seeing freedom secured by the likes of former Pittsburgh police officer Michael Rosfeld, who killed 17-year-old Antwon Rose by shooting him in the back, and Zoe Reardon, the 18-year-old who killed three people with her car, including a three-month-old baby. Now, Shane Piche, 26, who admitted to raping a 14-year-old girl, will also not serve a milli-second in prison despite being convicted for the heinous crime. END_OF_DOCUMENT_TOKEN_TO_BE_REPLACED

so much for so called friends…

Shaliyah Toombs was an excited expectant mother. She was also a devoted mom to two other children.

But she was cruelly and brutally killed as she frantically texted her mom for help. END_OF_DOCUMENT_TOKEN_TO_BE_REPLACED 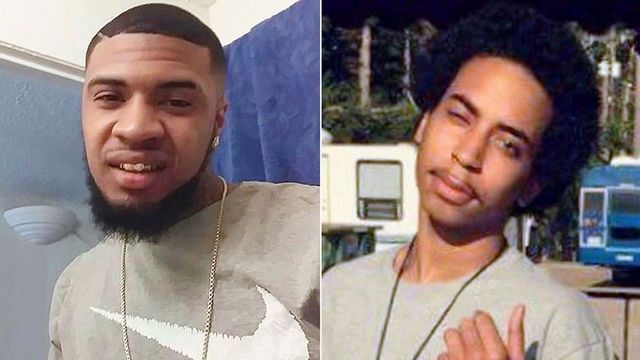 Savages, the lot of them…. not racially motivated huh??? Not that it matters….

A 16-year-old is charged along with his older brother, mother and the mother’s boyfriend in the deaths of two Black men whose bodies were found dismembered and chained to cinder blocks in an Oklahoma City pond after what authorities say was a gun sale arranged on Craigslist that turned deadly. END_OF_DOCUMENT_TOKEN_TO_BE_REPLACED

Not suprised…. video at the link..

A Texas television station investigating white supremacist hate in their region was startled to discover a website linked to the newly-appointed Colbert, Oklahoma police chief. END_OF_DOCUMENT_TOKEN_TO_BE_REPLACED

Generations ago, the American Indian Osage tribe was compelled to move. Not for the first time, white settlers pushed them off their land in the 1800s. END_OF_DOCUMENT_TOKEN_TO_BE_REPLACED

Although law enforcement officers in areas bordering legal marijuana states are infamous for targeting people from out of state in hopes of charging them with marijuana possession and driving while impaired, a federal court in Denver has determined that the practice of searching motorists based on their residency goes against the grain of the United States Constitution.
END_OF_DOCUMENT_TOKEN_TO_BE_REPLACED