That Rona is an excuse for a lot of bullshit that will get pushed forward…..

As the Minnesota protests have spilled across the country, fueled by protestors angered over the police killing of an unarmed Minneapolis man named George Floyd, the protests have morphed into marches and demonstrations that have turned violent everywhere from New York City to Los Angeles. Curfews are being imposed in major cities around the US at the time of this writing, and at least eight states, as well as the District of Columbia, have requested the National Guard to assist local law enforcement. END_OF_DOCUMENT_TOKEN_TO_BE_REPLACED

As peaceful protests continue in response to the police killing of George Floydand Brenona Taylor, non-violent demonstrations have been infiltrated by white extremists hellbent on destroying property, vandalizing businesses, torching police cars and leaving the blame with the Black community. END_OF_DOCUMENT_TOKEN_TO_BE_REPLACED

(M)ass Media is not to be trusted in any matters…

Throughout the weekend multiple riots broke out in the United States over the killing of George Floyd by suspected white supremacist Derek Chauvin. But despite the fact that people of all races can be seen rioting, the mainstream media only seems to keep its focus on the black rioters while protecting the white rioters.

It’s funny although indigenous people always get called violent and so on, it’s because other groups project their bullshit on us because in a lot of respects, they don’t understand why more of us aren’t bent on vengence and wanton self-destruction like they are. But nuff talk…. I’ll let the images speak for themselves…..

END_OF_DOCUMENT_TOKEN_TO_BE_REPLACED 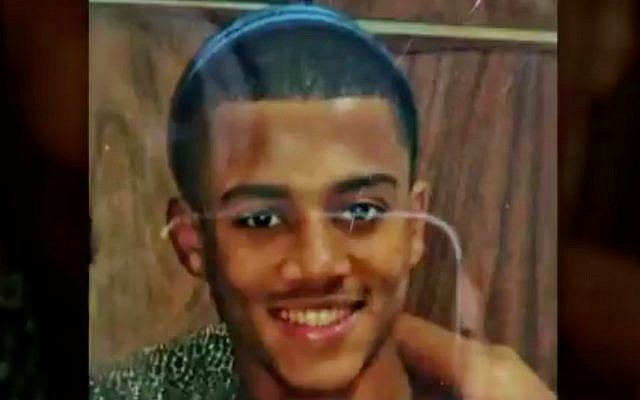 Go to the link to see tweets of videos and more…

An anti-police brutality demonstration consisting of thousands of Ethiopian-Israelis that was held Wednesday in Israel is yet another wake up call that state sanctioned violence against the black body is a global, ever-present issue. END_OF_DOCUMENT_TOKEN_TO_BE_REPLACED

You look at all of this and tell me what u think??? Does this negate the things he did do for the community or was it just his way of tryin to integrate into society?

Jim Brown speaks to media outside White House: "I don't think that we should take knees in protest instead of be standing up for our flag." pic.twitter.com/sZDTsfyinp PORTLAND, Ore. (AP) — An Oregon grand jury on Thursday cleared two Portland State University campus safety officers in the fatal shooting of a legally armed black man outside a bar in a case that has focused attention on whether campus officers should be carrying weapons.

All they do is hire insecure wimps who want to kill POC…. smmfh

An East Pittsburgh police officer who killed an unarmed 17-year-old while he tried to run away during a traffic stop was only sworn into duty around 90 minutes before the shooting, according to reports. END_OF_DOCUMENT_TOKEN_TO_BE_REPLACED

He really tryin to be like his boy Putin huh?

The Trump administration reportedly has obtained search warrants that would allow them access to the Facebook pages of thousands of anti-Trump protesters. END_OF_DOCUMENT_TOKEN_TO_BE_REPLACED