In this episode of #DrinkChamps, N.O.R.E & DJ EFN drink it up with The Yardfather aka #Saigon. The guys discuss idols becoming rivals, “Love & Hip Hop,” creating positive music, working on the hit television show “Entourage,” working with Just Blaze, JAY-Z and a lot more! #LoveandHipHop 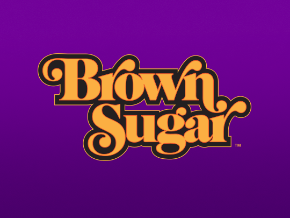 Stream the BIGGEST Collection
of the BADDEST Movies!

Brown Sugar is a streaming service where you can watch hit movies and TV shows along with the largest collection of classic black cinema, un-cut and commercial-free, streamed to your phone, tablet, computer or TV.
Getting started is easy:
1. Download the Brown Sugar app.
2. Follow the steps to set up your login information and account.
3. Start your free 7-day trial.
4. Use your login information to watch on all your favorite devices.

After your free trial, enjoy Brown Sugar for just $3.99/month. You will be automatically billed each month through your Roku Account at confirmation of purchase. There’s no commitment – cancel anytime.

What You’ll Get:
From Foxy Brown and The Mack, to Ali and Saints and Sinners, it’s a black explosion of hot chicks, cool cats and cult classics. With Brown Sugar, you can enjoy urban films and TV shows anytime and anywhere.

Yeah I know I’ve personally been away for a few weeks but a brother has been hella busy. Moved across the DMV and had to get some logistics together and then I got bombed with movies & new TV shows.
END_OF_DOCUMENT_TOKEN_TO_BE_REPLACED

In this episode Tariq talks about the online debate about Hidden Colors and Roots.

If you were to ask 10 strangers to name the most powerful African Americans working in Hollywood today, you’d probably hear names like: Oprah Winfrey, Tyler Perry, Will Smith and Denzel Washington.  The name you would probably not hear is “Byron Allen”.  This is pretty insane when you consider that Byron Allen happens to be one of the most powerful and successful producers currently working in the entire entertainment business. He’s been nominated for multiple Emmy Awards. END_OF_DOCUMENT_TOKEN_TO_BE_REPLACED

Is anyone surprised by this admission?

When many people think about the most memorable moments in black television history, the first storyline to pop into their minds is when Florida Evans read a letter informing her that her husband, James Evans, had died.

And of course there’s the scene when Florida had her breakdown in the kitchen, when she could no longer play strong in her time of mourning. Florida’s “Damn, damn, damn” is still relevant in today’s pop culture and memes.

What many don’t realize is that John Amos was just about as shocked as Florida when he learned that he was no longer on the show. Back then, Amos was vocal about his issues with the show, and it seemed to have rubbed the show’s creator, Norman Lear, the wrong way.
END_OF_DOCUMENT_TOKEN_TO_BE_REPLACED

For those who didn’t know this already….

The largest media conglomerate today is Walt Disney Company, whose chairman and CEO, Michael Eisner, is a Jew. The Disney Empire, headed by a man described by one media analyst as a “control freak”, includes several television production companies (Walt Disney Television, Touchstone Television, Buena Vista Television), its own cable network with 14 million subscribers, and two video production companies. As for feature films, the Walt Disney Picture Group, headed by Joe Roth (also a Jew), includes Touchstone Pictures, Hollywood Pictures, and Caravan Pictures. Disney also owns Miramax Films, run by the Weinstein brothers. When the Disney Company was run by the Gentile Disney family prior to its takeover by Eisner in 1984, it epitomized wholesome, family entertainment. While it still holds the rights to Snow White, under Eisner, the company has expanded into the production of graphic sex and violence. In addition, it has 225 affiliated stations in the United States and is part owner of several European TV companies. ABC’s cable subsidiary, ESPN, is headed by president and CEO Steven Bornstein, a Jew.
END_OF_DOCUMENT_TOKEN_TO_BE_REPLACED

I would be inclined to agree….

PBS’s Tavis Smiley says Fox’s monster hit show Empire may not be showing the best images of Black people on television. In fact, he suggests it may actually be showing only the worst.

In a clip from his upcoming interview on Larry King’s PoliticKING , the television host said he’s overheard conversations in barber shops and other community haunts about the problems with cultural representations among the characters, played by stars like Terrence Howard and Taraji P. Henson.

“There is a debate in the Black community that hasn’t really surfaced, hasn’t really boiled to the top yet, but I hear it in barber shops and other places, [about] whether the problem with Empire is that it advances the worst of every pathology that black people have – crime and drug dealing and this and that and the other. A lof ot people are looking for positive characters that may come out in the second season. But the first season everybody is ahhh!”