If you don’t know what it is…

District lines, and the groups of voters within them, may seem arbitrary, but a lot of thought (and political bickering) is put into these carefully drawn lines. From “packing” a district to “cracking” a district–learn how the shape of districts impacts political parties during election season. [Directed by Smart Bubble Society, narrated by Christina Greer].

So much for oversight huh? But I been warning folks about these voting machine companies and their practices for years…

Recently, the North Carolina State Board of Elections asked suppliers of electronic voting machines a simple question: who owns you? (h/t Annemarie Bridy)

On June 14, 2019, the State Board of Elections requested that your companies disclose any owners or shareholders with a 5% or greater interest or share in each of the vendor’s company, any subsidiary company, of the vendor, and the vendor’s parent company.
END_OF_DOCUMENT_TOKEN_TO_BE_REPLACED

The Yanadameen Godcast convene to once again to discuss events that have transpired over the past week in the world of current affairs, politics, and hip hop.

After sharing that he voted in the midterm elections, Lord Jamar was in the firing line of a lot of criticism from people who accused him of “wasting his time because voting doesn’t change anything” or that “voting won’t bring down white supremacy”. Lord Jamar reponds to these critics.

In music news, 50 Cent and Ja Rule’s ongoing feud was a talking point again as the two fired off another round of insults at each other. Can there ever be peace between the two?

The final topic of today’s show explores the recent news of the Boy Scouts being rebranded as the Scouts. Is this a move to further push the agenda of “gender fluidity” or “gender neutral” politics? END_OF_DOCUMENT_TOKEN_TO_BE_REPLACED an old article but it shows how the Chicago machine kept the an organization from legitimizing itself like the Irish and Italian mobs before it…. and don’t forget the Jewish mob…

Ever since he read Boss, Larry Hoover knew he wanted to mold his street gang into a political organization like the old Daley Machine. He’s still in jail, but 21st Century V.O.T.E. is ready to roll. END_OF_DOCUMENT_TOKEN_TO_BE_REPLACED 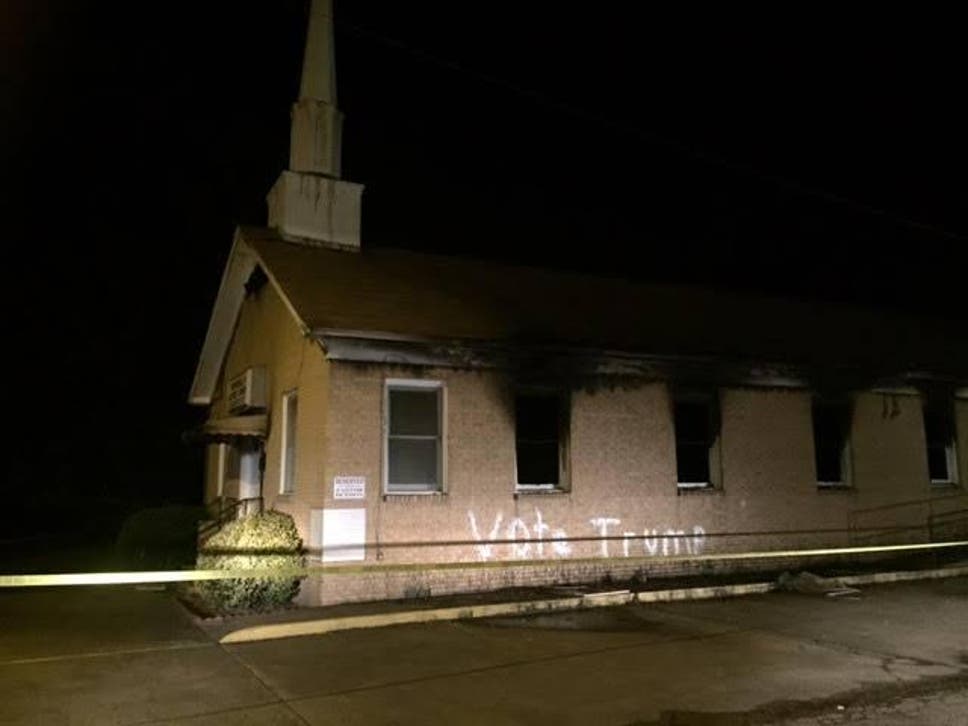 This is what “non racist” savages do…

A black church in Mississippi has been burned and vandalised with pro-Donald Trump graffiti, in what authorities have described as a “hateful and heinous act”.

Police and fire services were called to the scene at Hopewell Missionary Baptist Church in the city of Greenville on Tuesday night. They arrived to find parts of the structure had been set alight and the words “Vote Trump” had been spray-painted on the side of the building. END_OF_DOCUMENT_TOKEN_TO_BE_REPLACED

Topic:
“A Black Vote of No Confidence?”
A more in-depth look at The Black Complex Communities’ view on voting!

shoutout to voting… for the lessor of two evils… it’s called the illusion of choice….

In June 2016, a class action lawsuit was filed against the Democratic National Committee (DNC) and former DNC Chair Debbie Wasserman Schultz for violating the DNC Charter by rigging the Democratic presidential primaries for Hillary Clinton against Bernie Sanders. END_OF_DOCUMENT_TOKEN_TO_BE_REPLACED

Georgia canceled the registration of more than a half-million voters over the weekend, part of an ongoing round of maintenance to clean up the state’s voting rolls. END_OF_DOCUMENT_TOKEN_TO_BE_REPLACED

Voting is seen as one of the most sacred rights bestowed to an American citizen. That right has been challenged or taken for granted, however, to an extent that less than half of all that could vote do vote. END_OF_DOCUMENT_TOKEN_TO_BE_REPLACED